A Look Into How a Quality Education Can Change Lives 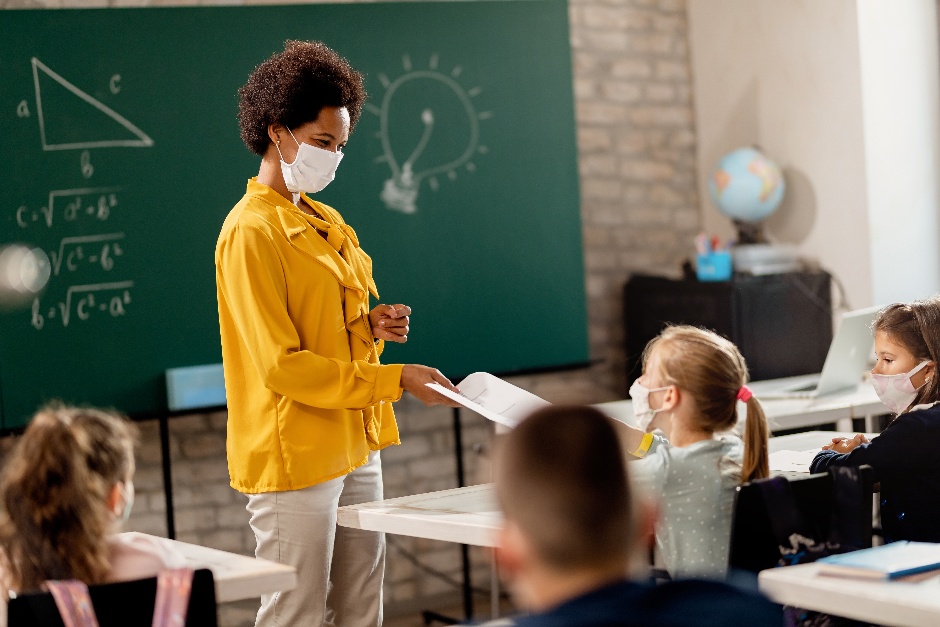 It is not hyperbolic to say that a quality education has the potential to transform lives, especially for women and girls who are often denied equal educational opportunities. Although girls are not at an extreme disadvantage in every country, they are less likely than boys to complete primary and secondary schooling in many regions of the world. For example, 36% of girls complete secondary school in sub-Saharan Africa, compared with 42% of boys in the region.

Everyone should have the opportunity to receive a quality education, regardless of gender, income, religion, or nationality. Investing in education has many cascading benefits, including decreased rates of child marriage, lower fertility rates, and empowered children who are given the chance to reach their full potential.

The end of a woman’s education can often mark the beginning of her marriage and family life, but in many parts of the world, the inverse is true instead. In some cultures, it is not abnormal for girls to be married prior to adulthood as a way to guarantee financial security and avoid the stigma of premarital sex. Parents who are living in poverty might choose to marry off one of their daughters so they will have one fewer mouth to feed and one fewer child to send to school. When a girl is married, she typically drops out of school in order to devote her time to taking care of her husband and family.

However, when girls are allowed to complete their education, they are less likely to marry before adulthood. According to a UNESCO Global Education Monitoring report, if every girl were to complete 12 years of schooling, global rates of child marriage could be reduced by as much as 64%. Likewise, a World Vision 2019 child marriage report estimated that each year of secondary school reduces a girl’s likelihood of marrying before adulthood by five or more percentage points.

Another danger associated with child marriage is the increased risk of domestic violence that can occur when a girl enters into an unequal partnership. Girls who are allowed to complete their education and choose when and whom to marry will be better able to advocate for themselves and avoid abusive partnerships.

In addition to reducing rates of child marriage, widespread female education has been shown to delay childbirth and lower fertility rates. According to the World Bank, women who receive higher levels of education are more likely to bear fewer children than those who receive little to no schooling. Part of the reason for this is that the more education a woman receives, the higher the opportunity cost of having children becomes. Once a family has invested in their daughter’s education, it makes less sense to arrange an early marriage.

By extension, if a woman is given the opportunity to complete her education, she is more likely to delay marrying and having children, which often results in lower fertility rates. Furthermore, when women wait until adulthood to have their first child, the risk of both maternal and infant mortality are lower. Plus, educated women tend to be more knowledgeable about child nutrition, proper sanitation, and basic child care, and the children of educated mothers are more likely to receive life-saving vaccines.

Quality education is not only beneficial for women, but also for their families, communities, and the world as a whole. Women who have received a full education are more likely to be able to support the children they do have with their higher earning potential. And high-earning women with smaller families will be better positioned to provide plenty of resources and quality educational opportunities for their children, creating a virtuous cycle that can contribute to the well-being of families and entire nations.

The world’s population continues to grow significantly, and decreased birth rates can help reduce the enormous strain on the planet. According to the International Institute for Applied Systems Analysis, increasing and improving female education has the potential to reduce the projected population growth for the year 2100 by 1.8 billion people. A smaller global population could mean fewer CO2 emissions, decreased deforestation and species extinction, lower risk of global pandemics, and a more sustainable planet overall.

Empower Women and Girls To Reach Their Full Potential

Quality education is virtually synonymous with opportunity. Children who receive a full education are more likely to have the skills necessary to succeed and to be better positioned to secure good jobs. Studies show that those who are given educational opportunities are more likely to have higher earning potentials, which allows them to help their families, communities, and nations break free from a cycle of poverty.

Women who complete their secondary school education earn nearly twice as much as women with no education. Empowered women are also better able to make healthy decisions for themselves, their families, and the planet. Those who have the agency to speak up for their own sexual and reproductive health will be more likely to propose the use of family planning methods to determine the number and spacing of their children, avoiding the dangers of back-to-back pregnancies. And educated women will be more capable of sorting fact from fiction when it comes to misconceptions around birth control, vaccines, public health, and the environment.

On a macro level, girls need to be provided with the same educational opportunities as boys if society hopes to achieve any semblance of gender equity. A quality education is often a prerequisite for unlocking major leadership roles in both public and private sectors. As long as female education lags behind, the world will be missing out on countless valuable perspectives, creative insights, and novel solutions to the numerous crises we are facing.

Female education is one of the best investments we can make for girls everywhere and for the planet as a whole, and it comes at a relatively low cost when compared with other climate solutions. Empowering women and girls to reach their full potential is a sure way to achieve a more sustainable planet with equal rights for all.

Learn more about how PMC advocates for equal rights today!