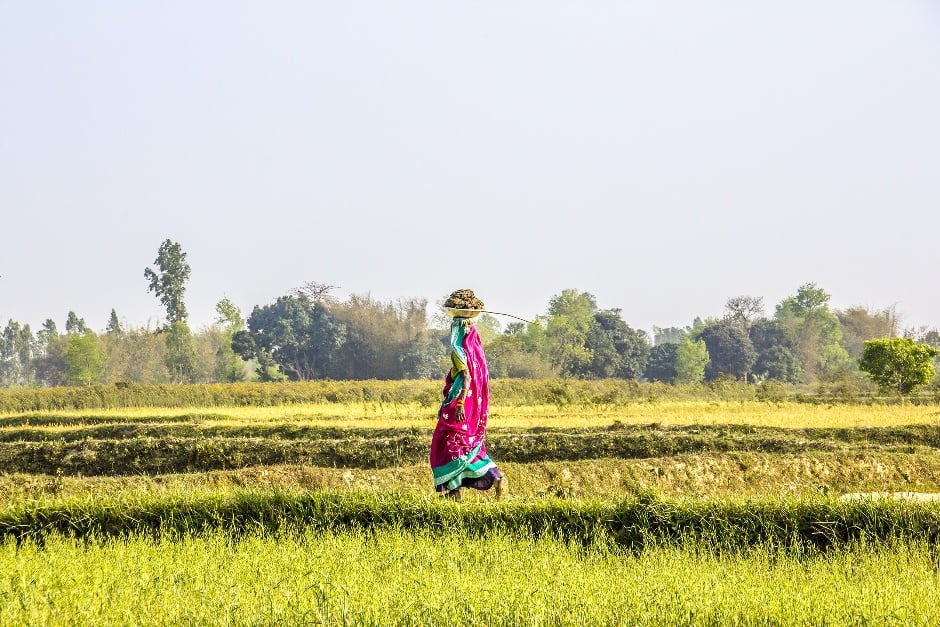 World Population Day is on July 11, and we fully embrace the opportunity to think critically about the current global population and its ongoing growth—and the inherent impact this growth has on the environment. As we near the threshold of 8 billion people on the planet, we need to prioritize our ethical responsibility to future generations. When it comes to helping the people and wildlife of the future, creating the conditions for population growth to end naturally—and eventually decrease—is one of the best gifts we can give.

Considering that most ecologists and biologists feel the planet is already overpopulated, this sort of ongoing growth is clearly not sustainable. What remains of the planet’s ecological integrity is at severe risk if no changes are made to human attitudes, behaviors, and social norms. Other species are being rapidly driven to extinction. Vital natural resources are also being spread thin, with many already greatly depleted. In fact, 92 billion tons of resources are extracted from Earth every year.

Current population size and its future trajectory are fundamental variables in the quest for global ecological sustainability, though in no way are they the only important ones. Anyone who claims population is the only thing that matters in achieving ecological sustainability is sadly mistaken. However, effectively addressing population and creating a more sustainable future is vital. Each one of us can make important contributions and improve the current conditions on Earth.

Please educate yourself, share information with others, donate to organizations that promote sustainability, and actively engage in efforts to change human population trajectories. The next generation and the generations that follow are counting on us.

World Population Day is a day to prioritize environmental conservation, acknowledge the rights of other species to exist, and to champion social and economic justice in the international community. This day is a chance to advocate for accessible family planning, universal gender equality, and the global realization of all human rights—including the right to choose how many children to have and when to have them. In working toward these intertwined goals, we have the power to prevent an estimated 52 million unintended pregnancies each year, reduce food insecurity, and slow climate change by providing 16-29% of the necessary emissions reductions, according to the Bixby Center for Global Reproductive Health.

According to a report conducted by the UN Department of Economic and Social Affairs, of the 1.9 billion women of reproductive age (15-49 years) in 2020, 1.1 billion had a desire to limit or delay pregnancy. The UNFPA also estimated that, in 2020, UNFPA-provided contraception prevented 14.5 million unintended pregnancies and 39,000 maternal deaths.

We must increase access to education around issues of reproductive health to see long-term benefits. Girls often lack knowledge about their own bodies and reproduction. Add in complex dynamics built on gender stereotypes and oppressive cultural norms, and the risk of unwanted or mistimed pregnancies becomes impossible to avoid.

Ultimately, access to proper reproductive health and family planning is a human right. Family planning must be a priority because it empowers women and helps decrease rates of poverty. Every child deserves to feel wanted and cared for, and every woman deserves the right to do what is best for her body, her circumstances, and her family. When these freedoms are achieved at scale, a wonderful side effect comes into play: Average fertility decreases to a level that stops population growth within a generation or two.

Ensuring women’s reproductive autonomy is the first step toward gender equality and human rights advocacy. However, we must expand the fight for gender equality to include young girls and teens. Girls must have equal access to education in order to pursue economic goals and establish their independence. Women who are poor, uneducated, or financially illiterate are exposed to a number of dangers, including gender-based violence. As we work to educate every girl, we must also increase their economic opportunities and social status.

It is critically important that boys and men also enter the conversation. As the primary perpetrators of gender-based violence and primary beneficiaries of a patriarchal society, men and boys must engage in solution-oriented advocacy, break down harmful gender stereotypes, nurture healthy relationships, and advocate for the rights of all people.

Climate change is not a nebulous, far-away worry. It is in our midst and is impacting all of us more and more each day.  This is a dire situation, but there are many ways we can help. For example, we can educate communities about sustainable farming practices and reforestation efforts as a way to preserve ecosystems. We can also lift up entrepreneurs with sustainable business practices that do not rely on the destruction of local habitats for personal profit.

However, it is important to remember that these efforts must always address the intersectionality of environmental issues and population growth. As the UNFPA concludes, “Efforts to promote sustainable development that do not address population dynamics will continue to fail.”

On average, 250 babies are born every minute. If all of Earth’s inhabitants are to be given equal opportunities, we must strive to combat gender inequity, gender-based violence (including issues such as child marriage), and overpopulation in new and creative ways that engage wide audiences.

Population Media Center (PMC) uses dynamic storytelling to reach audience members around the globe. These stories empower audiences to engage in their own communities and build a better world for all people.

Some of the topics PMC shows discuss are considered taboo by local audiences. But, as the door is opened for household and community conversations, even the most controversial topics prove to be of great interest. New ideas and learnings are discussed throughout the broadcast zone, improving awareness of essential topics and influencing behaviors.

Currently, PMC is producing a 104-episode radio show in Kenya, entitled Maisha Pakacha ("Life is a Carrier Bag"). The show broadly advocates for the rights of women and girls, but more specifically, family planning and the end of gender-based violence. One of the plotlines centers around Salama and Sadiki, a young couple who must communicate to create the family they want—including about the economic implications of having a child.

PMC also broadcasts Umurage 3 ("Inheritance for a Better Future") in Rwanda, an 81-episode radio show with 27 new episodes airing this year. The show addresses the rights of women and girls by highlighting themes of adolescent reproductive health, family planning, and gender-based violence. The show follows the story of Kanyana, a teenage girl who is learning about sexual and reproductive health. To her parents' surprise, Kanyana asks them questions about sexual health and engages in an open, honest dialogue.

The solutions to overpopulation are as nuanced as the problem itself. The challenge is multi-faceted, and every possible progressive solution seems to entail addressing difficult and deep-rooted disparities head-on. Some of these disparities involve taboo topics and challenge long-held cultural, religious, and behavioral norms. However, by humbly facing these issues with clarity, sensitivity, and empathy, we can address the root causes and move in the direction of a more sustainable human civilization—one capable of living in ecological harmony with Earth.

PMC is always writing new chapters, engaging with diverse audiences around the world, asking tough questions, and seeking clarifying knowledge. To find out more about PMC’s impact and get involved this World Population Day, take a look at the ways you can take action.