A Sustainable Environment Starts With Ecocentrism 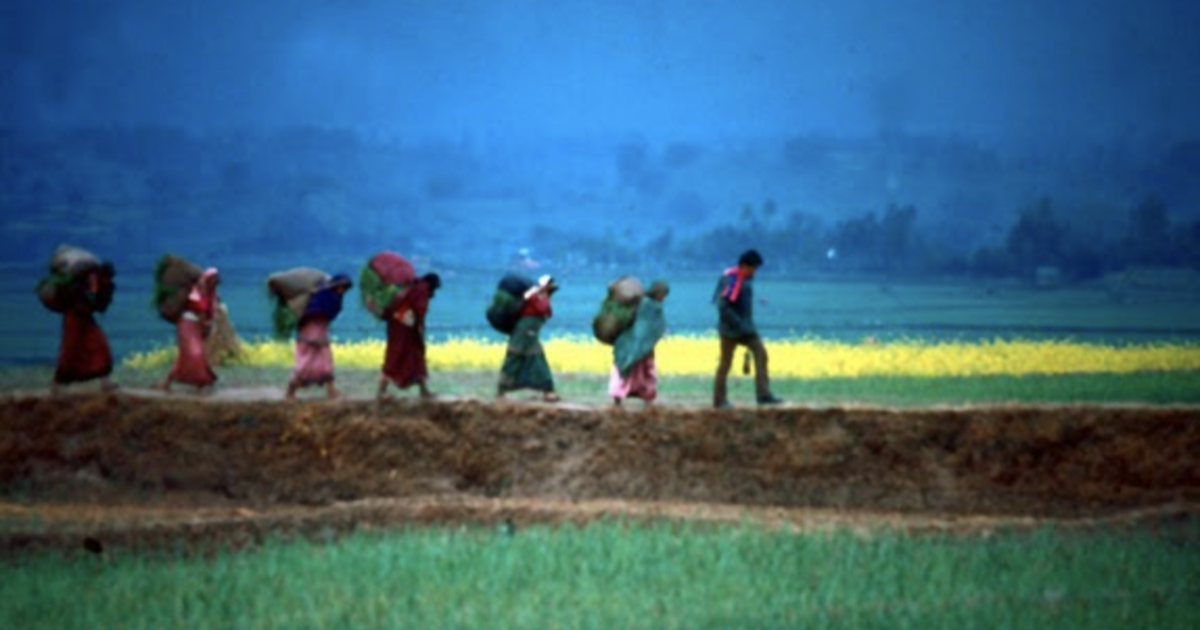 The way we think of ourselves in relation to the world can have a large impact on our behavior. For centuries, mankind considered itself the literal center of the universe. Although we now know that’s not the case, most still consider their own needs before the planet’s. The actions of one person can rarely make a huge difference either way, but as the world’s population continues to increase  significantly,  we urgently need to find ways to encourage a critical mass of people to adjust their behaviors in a more ecocentric direction.

The world’s population currently stands at about 7.8 billion. According to the United Nations Population Division, that number will increase by about 1.54 million people per week throughout 2020, adding up to a net growth of 80,167,000 this year—or about the same number of people who currently live in California, Florida, and New York combined. That’s a lot.

This all means that, if we manage to achieve the lowest projections, there would be 3.5 billion fewer people by 2100 than if we followed  the medium projected forecasts. This would make a huge difference for the health of the planet. Think about it: 3.5 billion people is the same amount of people that currently inhabit the continents of Africa, Europe, South and North America, plus the countries of Pakistan, Philippines, and Thailand. The planet simply cannot handle that kind of additional pressure on its resources, so working to bend the population curve is something we should pursue -- especially because we can do it in a way that ensures equal rights for all.

How Our Attitudes Impact Sustainability

A person can take many practical actions to decrease their footprint and work toward a sustainable environment. It’s important to remember that actions generally come from internalized attitudes and beliefs. Therefore, perhaps the first step a person can take is asking themselves whether they may be an unwitting adherent of anthropocentrism, also known as the belief that humans are the most important entities on the planet.

Until the majority of humans see themselves as an embedded part of the greater whole, and understand this “whole” is the web of life that sustains them, they are more likely to act carelessly or with environmentally damaging behaviors. Individuals should ethically reflect on the core principles of anthropocentrism and become more familiar with the concept of ecocentrism.

Ecocentrism simply means acknowledging that humans are not separate from the planet. Other species have intrinsic value regardless of their perceived usefulness or importance to human beings. We are one tiny branch, among many millions, on the tree of life. The welfare of plants, animals, water, soil, and air is tied up with human survival, and our decisions are not made in a vacuum.

Actionable Steps Anyone Can Take to Protect Our Environment

If you can shift your perceptions away from anthropocentrism and more towards ecocentrism, you can find plenty of actionable steps to help protect the environment. Here are just a few practical ways to live more sustainably and hold those in power accountable:

Your individual actions may only result in incremental changes, but those around you will be encouraged in their own efforts when they see they’re not alone in their desire for a healthier planet.

How Educational Entertainment Can Result in Positive Behavior Change

In the wake of so much environmental degradation over the last 50 years—oil spills, ocean pollution, skyrocketing carbon emissions, species extinctions, rapidly warming skies and seas, deforestation, and so on—people understandably have a real desire to live more sustainably.

Sometimes change seems impossible because these environmental problems are so systemic. When dominant economic systems reward unsustainable growth with enormous profits, while ignoring environmental destruction, it’s hard to see how individual choices and behaviors could make a significant impact on the situation.

Widespread change starts to feel possible only when a critical mass of people want similar things. Population Media Center (PMC) uses educational entertainment to help reach that critical mass of sustainably minded people. Our radio and television programs have aired in more than 50 countries around the world, incorporating storylines that illustrate the dangers of things like illegal poaching, dynamite fishing, and deforestation, for both the livelihood of listeners as well as the survival of the planet.

For example, the PMC radio drama Umurage Urikwiye (“Rwanda’s Brighter Future”) includes a storyline about a farmer who desperately wants more land to farm, so he decides to clear a forested plot next to his property in order to plant more crops. However, that land is located on a steep slope above his house and his actions result in soil erosion that destroys his crops further down the hillside. He then resorts to burning additional trees around the property, and when that ends in disaster, he decides to trap a gorilla and sell it to a zoo. In the end, his neighbor helps him understand that there are ways to take care of his family while preserving and working with the environment.

PMC shows are crafted to entertain audiences, but they also create measurable behavior change. Listeners of Umurage Urikwiye were 1.5 times more likely than non-listeners to cite population growth as the primary cause of environmental degradation and loss of gorilla habitat, and they were 3.4 times more likely than non-listeners to know that protection of gorillas and their habitat can reduce poverty and bring economic benefits, such as visiting tourists.

If you’re interested in learning more about ways you can help PMC reach a critical mass of sustainably minded people, contact us today.