Being Anti-Racist: A Reflection and Resources 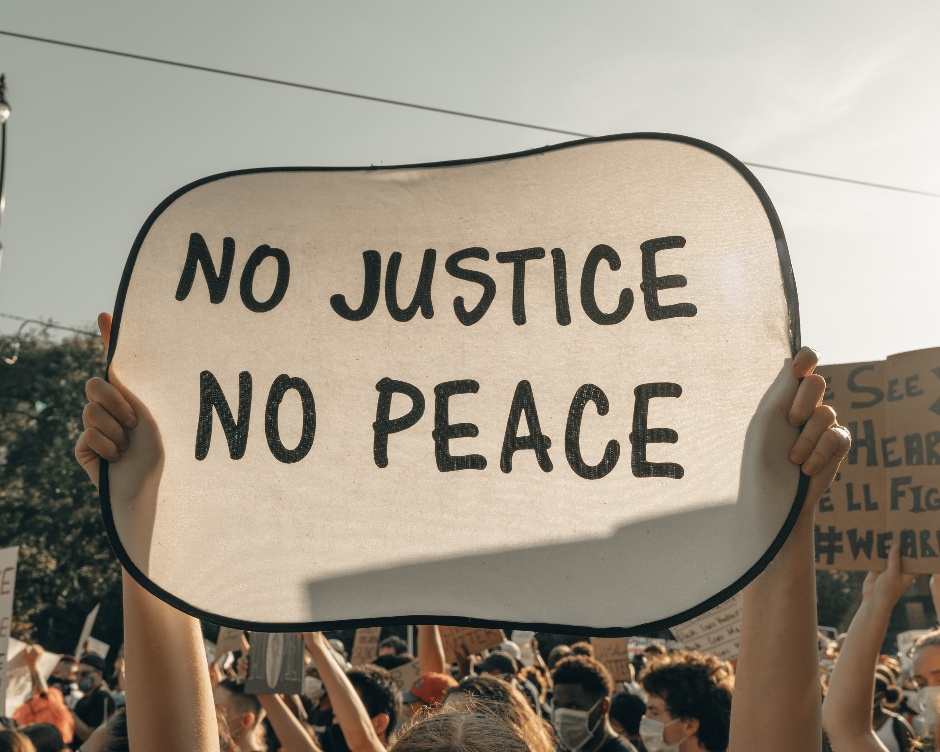 In a racist society, it is not enough to be non-racist,

we must be anti-racist.”

A resounding lesson from the past few months is that people of color are disproportionately affected by Covid-19 in the United States, because of an intersection of issues that further marginalize them during times of crisis. For instance, black people make up 13% of the US population but comprise 24% of deaths (where race is known), a death rate nearly 2 times higher than their population share. They are at greater risk with higher rates of underlying conditions; less access to quality health care; and holding 15% of essential frontline jobs that can’t be accomplished from home. Centuries of social injustice are exhibited in these data points and the normalization of this inequity is troubling.

The pandemic has intensified an even more relentless disease: systemic racism, which has oppressed indigenous people and people of color since the formation of the United States. With over 100,000 deaths and counting, the U.S. is the leader in Covid-19 related fatalities around the world. This global ranking highlights a faulty system that has been failing people of color long before the pandemic. One might have thought this alone would have started national outcry and riots, but it didn’t; people seemed frozen with fear of the unknown.

Only a small faction of society, “pandemic protesters,” were the ones storming statehouses, and they were largely right-wing white people, wearing Americana gear, most without masks, and waving rifles demanding their freedom from isolation so they could patron ice cream shops and hair salons. They called themselves freedom fighters, liberating us from guidelines meant to protect and safeguard ourselves from a rapidly spreading global pandemic — public health recommendations designed to keep friends, family members, and neighbors from getting or spreading COVID-19. It depicted a culture of independence screaming for “me” over “we.” They were met with little police resistance or media fanfare. Meanwhile, the majority of us stayed inside following CDC guidelines patiently, albeit antsy, waiting for next steps — watching media relentlessly for updates. The division and inequities were clear. The pandemic had seemingly succeeded in stopping just about everything — but not racism — and emotions were bubbling up just under the surface.

Then, one day in May the world seemed to screech to a halt in a single shared moment in time, watching in horror the killing of another unarmed black man, George Floyd of Minneapolis, MN. Police brutality, again committed in broad daylight, captured on surveillance cameras and a bystander’s camera phone. For 8 minutes and 46 seconds, a white police officer kneeled on Floyd’s neck until he was dead, while three other cops did nothing to save him. “Please, please, please I can’t breathe,” pleaded Floyd. The police officer, seemingly unaffected by his cries for help, did not ease up. Witnesses begged for them to stop and seemed to be the first to notice Floyd had stopped breathing. It showed a complete lack of humanity, exemplifying the realities of police brutality against black people, and reminded us that if it wasn’t COVID-19 taking a black life, other forms of overt racism like this just might.

It was not the first time a black life was taken by an unjust system, but it was the first time a sequence of events of police brutality against black people happened during a global pandemic where so many people were home bearing witness to the atrocity online. “When George Floyd yelled out for his Mom, it broke our heart…it hit differently” posted Sybrina Fulton, mother of Florida teen Trayvon Martin whose death catalyzed the digital movement #BlackLivesMatter.

On the same day as Floyd’s death, across the country there was the weaponizing of police by a white woman, Amy Cooper, who called NYPD to claim an “African American” was threatening her life in Central Park. The footage showed a very different story of a gentle bird watcher asking Cooper to leash her dog (a requirement of the park), causing her to lash out in a rage of entitlement. When the video went viral and she was fired from her job, Cooper apologized, saying she wasn’t racist, and then news surfaced that she may even be a liberal democrat who voted for Obama. A dangerous example of implicit bias at play by an assumed ally.

Then we were reminded that a young black woman named Breonna Taylor, an EMT in Kentucky, was awoken by police one night in March to be shot 8 times. Taylor was killed in her own home because of a “botched raid” at the wrong house.  Her family is still seeking justice for Breonna.

Then a video was released of the shooting of Ahmaud Arbery, a young black man, who was out jogging in his neighborhood in Georgia, only to be chased down by two white men in a vehicle. They shot and killed him earlier in February and his killers were still free. Congressman Bobby Rush who introduced the Emmitt Till Anti-Lynching Act in the house commented, “tragically, the death of Ahmaud Arbery carries painful parallels to the (Emmett) Till case,” when a 14 year old African American boy was lynched in Mississippi after being accused of offending a white woman. 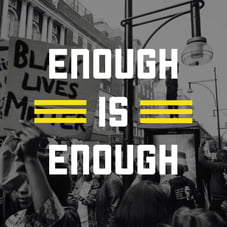 All these stories, captured on camera, showed a terrifying glimpse into the day-to-day reality of being black in America. Indisputable patterns and evidence of systemic racism in action that ignited global outrage seeking justice. The decentralized Black Lives Matter (BLM) movement mobilized city by city and a diverse population of non-black allies joined in solidarity to demand justice, shouting “no justice, no peace” and signs declaring “enough is enough.”

As a brown immigrant to the U.S., discrimination isn’t news to me, but this news indeed hit differently. It’s a wake-up call to our collective responsibility and role as non-black allies to support black Americans in the fight for justice and equity.  No one is exempt when basic human rights are concerned. Outraged, I personally joined a protest in downtown Los Angeles and found myself staring down the barrel of a gun with a number of other peaceful protesters. LAPD in riot gear pointed weapons at me and others who were cheering on peaceful BLM protesters stopping traffic while demonstrating on the 110 freeway. Some have said they were "only" tear gas guns or “only” rifles with rubber bullets — as if that makes it more acceptable given the damage they have inflicted on so many lives. A VERY different picture than the women’s marches and climate marches I’ve participated in previously that also flooded the streets yet such a stark difference in police response. I am in awe of the bravery and endurance of BLM protesters and believe it is critical to respect and support this gut-wrenching work.

But the media quickly lumped violent opportunists and looters in the same profile with protesters, favoring explosive riot stories over calm protests. Friends watching my social media posts (see video) asked, “what will these protests change?” Well, they've forever changed me, and I think that's a start — not just for me but also others who witnessed what happened during this historical time.

After a few days of shock, and a good cry, I asked myself, “where do we go from here?” In a country where the inhumane, abhorrent social norm of slavery built the economy — is it possible to create systemic change to improve the future? Will we as a society face our demons, do the hard work of self-reflection, acknowledge our own implicit biases, recognize privilege, and then help create new systems, new behaviors and solutions to lift up our black brothers and sisters towards a place of healing and social equity? I’m not sure what the future holds, but we cannot sit idle, we must become anti-racist.

What I do know for sure is that: Black lives matter. Black dreams matter. Black futures matter. Each and every single black life matters. So let’s roll up our sleeves, become anti-racist, and get to work starting with ourselves.

”George Floyd is not necessarily the catalyst – it’s the crescendo,” stated Daniel Q. Gillion, Univ. of Pennsylvania professor in discussing the impact of the recent protests compared to Ferguson and others before. “If history is any guide, we should see a major change take place in 2020.”  With this hope and knowledge that protests brought us voting rights, marriage equality, workers rights, and so much more we must march on to achieve equity for black people.

To honor the legacy of all the black lives lost globally by social injustices, we must identify and starve the systems racism feeds on. This will take all of us being proactively anti-racist in every part of life — calling out injustice whenever we see it and wherever it is happening. At work, at home, in public, wherever you feel safe to do so. Supporting nonprofits like PMC, as employees, volunteers, donors, board members, or advocates, to help build new social and cultural norms that reject centuries-old systems of racism. Collectively, we can build a society where black people are treated equally and equitably — where racial injustice isn’t tolerated and where we get justice for George Floyd, Breonna Taylor, Ahmaud Arbery, and all the other lives lost before them.

I am changed by this pandemic and these protests, and I hope you are too. I hope we don’t go back to business as usual. I hope we dive into a more equitable future. Many of us think we’re woke or not racist, but the truth is that to achieve an equitable society we must stay active and educated — or, even more difficult, deprogram and get re-educated.

Ways to get involved:

Unsure where to start on your learning journey? A number of external resources have popped up online so there is plenty to choose from. We’ve collated a few here for convenience:

When asked to write a blog for PMC this month the choice was clear to address the global protests against racism. However, we know we’re not experts on everything and truly need feedback. Please know we’re listening and learning with you and want to hear about what you’re reading, watching, and listening to. Help us amplify black voices. Please tag PMC on social media to share your finds with the PMC community. PMC envisions a sustainable planet with equal rights for all.