Not So Easy: The Complex Drivers and Circumstances of Population Growth 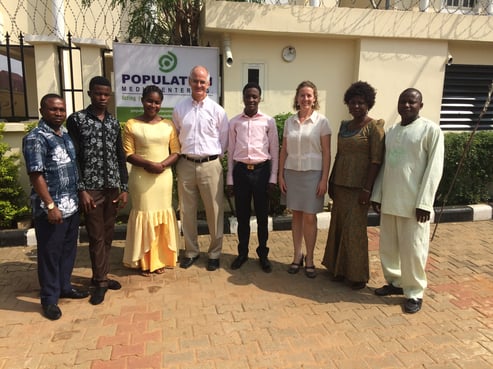 In 1998, the UN estimated global population would hit 9.4 billion in the year 2100. The UN now expects 11.2 billion. An overwhelming proportion of this projected human population increase will be driven by the demographic trajectory of sub-Saharan Africa. The good news is that projections are inherently malleable. The unwelcome news is that to influence demography towards a more sustainable trajectory is easier said than done.

When you talk about population growth, and how to intervene in a progressive way, you must appreciate complexity.

To start, let’s consider the country of Nigeria – just one of 54 nations on the African continent. It’s a country that will have major influence on overall global population growth moving into the 21st century. Nigeria might easily contribute 8% to global population growth just through the year 2050 – adding roughly 220 million people in the next 42 years.

Now, did you know that 63% of Nigerian women intend to never use contraception? This is a truly remarkable statistic. Unfortunately, behind the stat is a set of interwoven and self-reinforcing socio-cultural challenges. Taken together, they represent the epitome of a complex - and unwelcome - system.

Tragically, 38% of women in Nigeria have ZERO education and only about 10% of women have completed primary school. Education is known to demographers as one of the strongest correlates around fertility measures, wherein more female education reliably leads to lower fertility. If 90% of women have not completed primary school, the foundation for slowing and eventually stopping population growth is inherently weak.

Lack of female education is but a canary in the coal mine, however. There are many other indicators that confirm the social status of women – a socially constructed phenomenon -- is very weak in Nigeria. For example, over 60% of married women lead a life where their husband makes health care decisions for them. In other words, 6 out of 10 married women in Nigeria aren’t empowered to make decisions about their own bodies. These and other statistical measures can be found at USAID’s Stat-Compiler database.

Given women’s low social status and lack of education in Nigeria, it stands to reason that the most common rationales cited for the intention to never use contraception in the future are, for all intents and purposes, socio-cultural and information barriers.

Here are the 4 most common reasons cited for non-use of contraception in Nigeria:

As you can see, the desire for more children is also a major foundation of contraceptive non-use in Nigeria. The average ideal family size for married women is 7 children and, for married men, it is well over 9. Social norms and culturally proscribed individual preferences render extremely large family sizes as the “ideal” in Nigeria.

Are you starting to see why an appreciation for nuance and complexity is a necessary pre-requisite to grasping the challenge of intervening around rapid population growth in Nigeria? Supply chains, physical availability of, and economic access to contraceptive commodities and services will always be important – but, in Nigeria and across much of Africa, high desired fertility and social and information barriers to contraceptive uptake are the major drivers of rapid population growth.

It is very easy to build a school, a clinic, or a pharmacy. But, it is far, far more difficult to overcome the socio-cultural biases that result in these services going unused. Especially when you are trying to communicate persuasively to such a diverse audience.

Stay tuned to learn how Population Media Center documents, assesses and builds our programs to address the inherent complexity of these challenges.