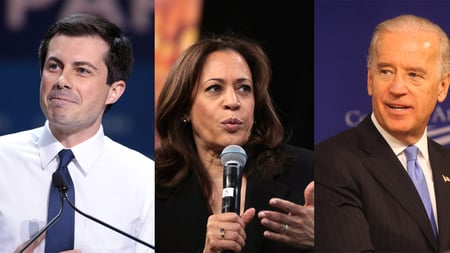 This article was originally published August 7, 2019.

It was a rather busy week in terms of population and sustainability related news. For example, British Royal, Prince Harry, while interviewing with Jane Goodall, declared he and Meghan Markle expect to have two children "maximum." He cited environmental concerns for this decision. Good for him - though critics are never far away!

One item I found particularly interesting was the Council on Foreign Relations (CFR) inviting the Democratic candidates to articulate their positions on African population growth. The specific question was: By 2050, Africa will account for 25% of the world’s population according to projections by the United Nations. What are the implications of this demographic change for the United States, and how should we adjust our policies to anticipate them?

Joe Biden highlighted the fact that we must "empower African women because we know that educated and empowered women are key to development, from economic growth to health." According to Bernie Sanders, "we must invest in making Africa more efficient than the rest of the world in order to avoid resources wars, which are already happening." Senator Cory Booker, on the other hand, wants to "allocate more resources at the State Department and USAID to focus on Africa and develop and execute strategies to reduce poverty, improve quality of life, and strengthen democratic institutions."

The candidates’ complete answers are posted exactly as they were received on the CFR website.

One piece of definitely bad news this week is Hungary's ignominious scheme for increasing their population. The plan includes providing women younger than 40 who are getting married for the first time a $35,000 interest-free, general-purpose loan. (If these women and their husbands go on to have three children, the loan is forgiven). It also provides families with three children a subsidy of around $9,000 to buy a seven-seat car. Finally, the plan provides a lifetime exemption from income taxes for women who bear four children.