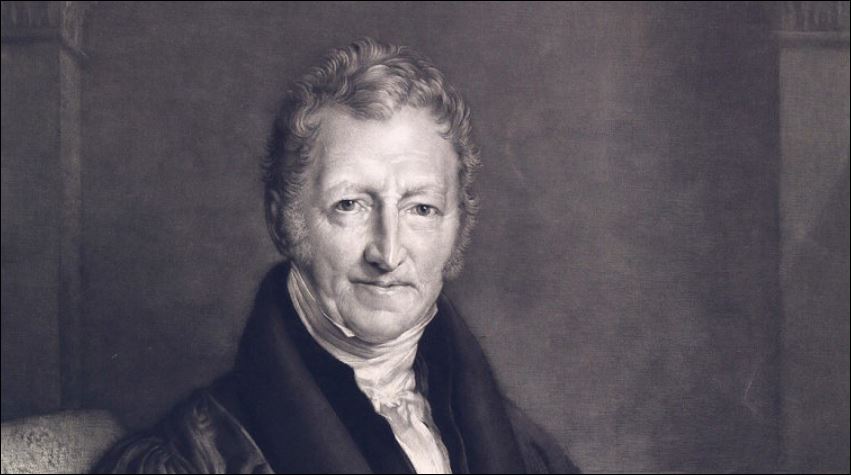 So it’s important to understand just where Malthus was right and where he went wrong.

Malthus pointed out that populations grow exponentially. He used the word “geometrically” as in geometric progression, but in modern usage we would say exponentially. And he was certainly right. The population of any species will grow exponentially if there are no checks. Normally there are no enduring population explosions in wild species because nature provides checks. Unfortunately, there is one species that has learned to defeat all the checks and that, of course, is the human species.

Malthus also predicted that eventually England would not be able to feed herself. He was right about that, also. England has not been able to feed herself for more than one hundred years. It endures on imported food. This works well for England, but if every country tries to be a food-importing country, it doesn’t take much imagination to see there are going to be problems.

Today the world is so over-populated that 45,000 people die every day from starvation and malnutrition. But even with those deaths, global population is still increasing by 220,000 more people every day.

Some claim that technology is going to save us. As a technologist I can assure you that not every problem is amendable to a technological solution.

And there are those who claim that an increase in population will give us more geniuses who will then save us. I think it is reasonable to assume that perhaps one person in a million could be called a super-genius. That means we have 7300 of these people in the global population. So, where are those people? Why aren’t they saving us? The geniuses I know all say the same thing: our planet is being destroyed.

We think we are superior to other species, but the human species is the only species that pollutes. And now we have soil pollution, water pollution, and air pollution levels which threaten all forms of life on our planet. Thirty-thousand species are being destroyed every year. It is the greatest mass extinction in the last 65 million years.

Few people realize the power of exponential growth. Gabor Zovani has pointed out that if our species had started with just 2 people 10,000 years ago and then increased at a rate of only 1% per year, today humanity would be a solid ball of flesh many light years in diameter. I thought this must be in error until I did the math. For the last 200 years, population has grown by just under 1% or a compound growth rate of 0.96%. Stephen Hawking has calculated that if this continues with population doubling every 40 years, by the year 2600 there will be standing room only on our planet.

What is also seldom realized is that another consequence of a high birth rate is social instability as manifested by terrorism, insurgencies, violent demonstrations, and revolutions. This is amply explained and documented in The Security Demographic: Population and Civil Conflict after the Cold War by Richard Cincotta, et al. You may have noticed that the socially unstable countries are almost always the high birth rate countries.