Impacts of Population Growth on Wildlife 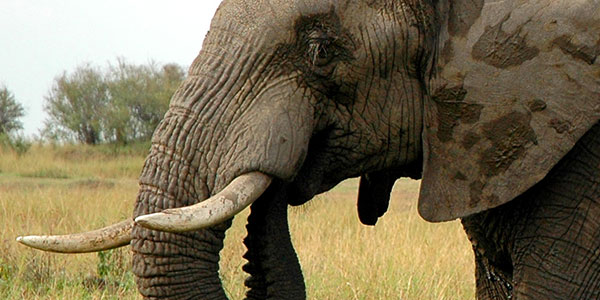 In September of 2020, the World Wildlife Fund’s Living Planet Report was issued. It was not pleasant reading for conservationists, ecologists, biologists. Or any other person who cares about the rights of other species to exist freely and with sufficient habitat.

Or, to exist at all.

On the other hand, for those who have been paying attention, the report could not have been very surprising. There are, of course, many different statistics about the human usurpation of nature. At least 680 vertebrate species have been driven to extinction since the 16th century. At least 1 million animal and plant species are currently threatened with extinction. There is near-absolute consensus among ecologists that we are in the midst of the sixth mass extinction. The population sizes of mammals, birds, fish, amphibians, and reptiles that are not yet extinct have also seen an alarming average drop of 68% since 1970. Meanwhile, since 1970, the human population on Earth has increased from 3.7 billion to about 7.8 billion — more than doubling.

For people who believe that all creatures and ecosystems have spiritual energy and spiritual connection, or at least have a healthy reverence for nature, this situation is extremely vexing. At the risk of over-simplification, the easiest way to think of what is happening is that as the human presence on the planet increases, the presence of wildlife decreases.

In one sense, the harm being done to wildlife can be seen merely as an affront to any logic that values human prosperity. In other words, even at the most transactional and self-interested level of analysis, what humanity is doing to the planet does not make sense. A recreation of author Randolph Femmer’s thought experiment demonstrates this:

Try to imagine the owner of a new and pristine automobile who begins systematically degrading its multiple operating systems. The owner degrades 50% of its steering system, 75% of its tires, and then destroys its carburetor, most of its spark plugs, half of its axles and brake shoes, and 93% of its ignition and electrical systems, while simultaneously pouring additional contaminants each day into its gasoline, oil, radiator, battery, transmission fluid, and brake fluid.

And then suppose that this individual can’t understand why his automobile, which “has always worked in the past,” doesn’t function anymore.

But, the human population’s impact on wildlife is much more than a failure of self-interested, logical stewardship — after all, we absolutely must protect the environmental conditions necessary for our own prosperity on our home planet (though we are not). It is also a failure of human ethical and moral cognition. It is a failure to see beauty. A failure to appreciate complexity. An apparent inability to realize the Earth is a living system, and it is in grave danger because of human attitudes and behaviors. Eileen Crist puts it this way in her chapter in Overdevelopment, Overpopulation, Overshoot:

“… Life is barely hanging on in the present world… I use the word Life, with capital L, to mean something akin to what life scientists call “biodiversity”; unfortunately, though, the latter term is often mistakenly conflated with numbers of species on Earth. While numbers of species are a significant dimension of Life’s fecundity, Life is far greater than a total species inventory—as extravagant as that inventory may be. Life is bewildering in its creative expressions, its beauty, strangeness, and unexpectedness, its variety of physical types and kinds of awareness, and its dynamic, burgeoning, and interweaving world-making….

…And here’s the crux of the matter: Humanity can choose to live on a planet of Life instead of haplessly plunging toward a human-colonized planet on dialysis (“wisely managed”). To live on a planet of Life it is necessary to limit ourselves so as to allow the biosphere freedom to express its ecological and evolutionary arts. For that, we in turn need to cultivate the breadth of imagination to give the concept of freedom wider scope—pushing its territory beyond the sheath of human exclusivity. In the name of a higher freedom that encompasses Earth and its entire community of beings, we can choose to let the world be the magnificence and wealth it was and still can be…”

The statistics and measures and reports that stem from the human population’s impact on wildlife are numerous. Below are two of the best resources for understanding the full breadth of the predicament. But always keep in mind that while the statistics are important they also hide something deeper and more meaningful. Other species are intrinsically valuable – they have inherent, natural worth that is beyond the ability of a single species (humans) to ascertain.

When Population Media Center says our vision is A Sustainable Planet with Equal Rights for All, we really mean “all.” We applaud the many new initiatives sprouting up around the world that are codifying the rights of other species and ecosystems, to exist. Meanwhile, we will continue to do our part to slow down and stop human population growth.

International Union for the Conservation of Nature (IUCN) RED LIST: the world’s most comprehensive information source on the global extinction risk status of animal, fungus and plant species.

World Wildlife Foundation Living Planet Report 2020: the thirteenth edition of WWF's biennial flagship publication and includes contributions from more than 125 experts from around the world.