Important Areas of Concern for Gender Equality in 2021 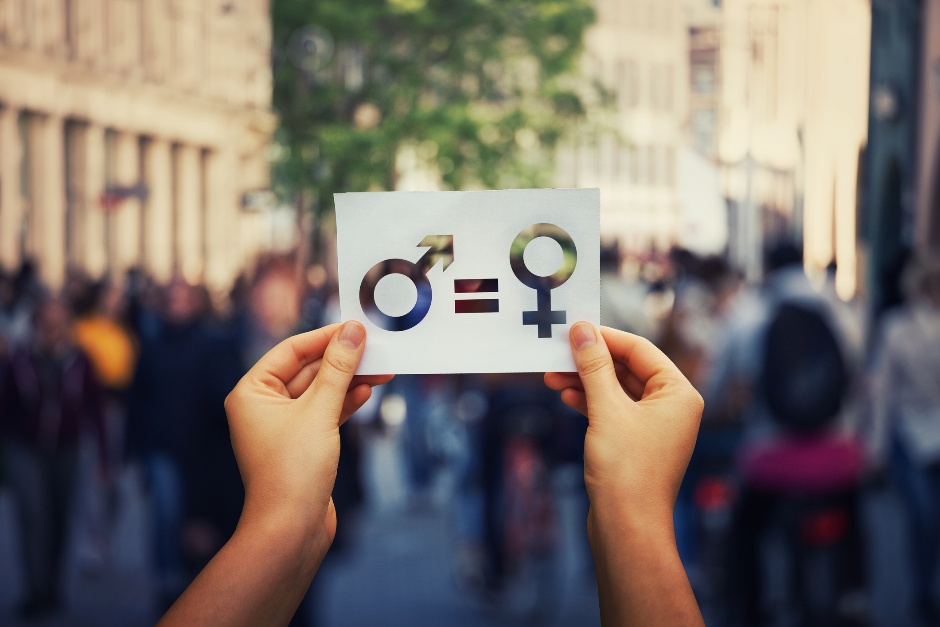 Although gender inequality has persisted throughout history, COVID-19 exacerbated these gender-based disparities in the years 2020 and 2021. Economic stress, food shortages, and national lockdowns have strained resources and stretched household budgets dangerously thin, leaving women vulnerable on a number of fronts.

On March 19, 2021, the United Nations (UN) Commission on the Status of Women met to discuss some of the most egregious inequalities facing women during the pandemic—and possible solutions. In addition, the Commission also set goals to improve girls’ access to education, financial literacy, and disability rights and dismantle systems of child trafficking.

Prior to COVID-19, women and girls around the world regularly faced serious health concerns, many of which were linked to a lack of reproductive health services. In addition, many countries still suffer from rates of high maternal mortality, with the highest rates found in countries such as South Sudan, Chad, Sierra Leone, and Nigeria. But as Jan Tinetti, Minister for Women of New Zealand, made clear during the commission meeting: “COVID-19 has made clear just how interconnected health, economic and social issues are in our society.”

Since the early days of the pandemic, healthcare organizations have reported disproportionate rates of infection among women. Women make up approximately 70% of the global healthcare workforce, meaning that they may have an increased risk of contracting diseases, including COVID-19. Infection rates were also highest in low-income households, and in the US alone, 56% of people living in poverty are women. This is only one example of a larger international trend.

The World Health Organization (WHO) estimates that 1 in 3 women have experienced physical or sexual violence in their lives. Though unequal infection rates may be some of the most obvious health disparities of COVID-19, it’s important to remember that the pandemic—and particularly, lockdown orders—exacerbated preexisting societal and gender-based issues. National leaders issued stay-at-home orders and millions of women were forced into unsafe households. Women in these situations may already feel alone, and were even further isolated from seeking outside help and resources.

Countries around the world have felt the pang of this increase in gender-based violence over the past year. For example, Lithuania saw a 20% increase in the rate of domestic violence throughout the pandemic. Displaced women and girls were particularly susceptible. Colombia reported a near 40% increase in gender-based violence amongst its Venezuelan population. Directors at a non-profit in the city of Cúcuta reported an influx of cases, from 15 cases per day pre-pandemic to nearly 100 cases each day in COVID times. Fears around safety and resources were agitated during lockdown, and likely prompted this sudden increase.

International leaders are searching for solutions that can provide relief, even after the pandemic has subsided. At the UN Commission on the Status of Women, Bahrain’s leaders advocated for a holistic approach to ending gender-based violence, which would include preventative, therapeutic, social, and economic support to de-escalate incidents and provide avenues towards self-sufficiency for affected women. At the same hearing, Japan’s Minister of State for Gender Equality discussed the importance of developing sustainable employment for women. Women with basic financial literacy skills, discretionary spending, and emergency funds would no longer be dependent on or beholden to a domestic partner, and therefore able to more easily escape situations of gender-based violence.

Lack of Representation in Leadership

In order to act as thought leaders and decision makers, women must have a seat at the table. But this is often not the case, even in the year 2021. Although this lack of representation permeates most aspects of day-to-day life, it’s most prominently felt in areas such as business, education, politics, and disaster relief.

In regards to women and politics, the number of countries with women as their leaders is, in and of itself, telling. Shockingly, only 14 out of 193 UN participants represent countries with women in the highest position of leadership. Of course, some countries realize that women must be included in positions of political leadership and are making strides to do so. For example, in Ethiopia, women compose 38% of parliament. It’s important to note that Ethiopia is also a female-led country, under the leadership of President Sahle-Work Zewde. This shows us that as women rise into positions of power, they pull other women up with them.

Business and education are other areas of concern. On one hand, 2019 saw a 29% increase in the number of women in senior management positions worldwide. But on the other hand, that number plateaued in 2020. So although it’s important to point out areas in which women are experiencing notable increases in opportunity, it’s equally important to investigate why those numbers aren’t growing more quickly, or are even stagnating.

Prior to the pandemic, gender disparities in disaster relief decision-making proved stark. In the midst of a global pandemic, nations around the world feel compelled to address this issue head-on, such as they did at the UN Commission. Leaders from Tonga and Latvia acknowledged that surveys of the general public reflect a desire for women to participate in legislation and policies. And Zambia’s Minister of Gender asserted the importance of women in the government, as Zambia has recently appointed women in a number of essential governmental positions. Overall, female UN representatives agreed that solutions around women in leadership must include community input, shared power, and inclusive legislation that advocates for the rights of women.

Globally, women still experience a pay gap of 77 cents for every dollar earned by their male counterparts. For women of color, immigrant women, and mothers, the gap widens even further. In fact, according to the National Partnership for Women & Families, Black women earned only 63% of white men’s earnings. In other terms, it would take until the following July for a Black woman to achieve equal earnings as her white male counterpart the previous year.

When we think of the pay gap, we often leave the inherent wealth gap out of the conversation. We may envision economic disparities solely in the context of the workplace, such as the work women most often do or the research that shows women are less inclined to ask for a raise. However, the truth is that women are burdened with two-thirds of all student debt and maintain lower lifetime earnings than men, which means they also receive less in social security and pensions. A lack of women in leadership positions and the fact that maternity leave is not guaranteed in most countries also thwart women’s best efforts to amass wealth.

A recent study of 70 countries revealed a narrowing of this wage gap since 1995, from 28% to 20%. By enacting the Equal Pay Amendment Act 2020, New Zealand effectively closed the gender pay gap and saw a rise in the level of women’s leadership. Victor Filloy Franco, the Minister for Social Affairs, Housing, and Youth of Andorra also announced success on a national level to close the gender pay gap through an equal pay campaign as well as future legislation that would ensure men and women make up equal positions of public authority. He noted that such initiatives must go hand-in-hand with efforts to eliminate domestic violence.

COVID-19 has amplified the harsh reality of many political, economic, and health-related gender disparities around the world. At the same time, it’s inspiring to learn about the efforts of individual nations to make changes and proactively advocate for the rights of women and girls at home, in the workplace, in the classroom, and throughout their lives. Learn how you can be a part of the change for women and girls in your community.