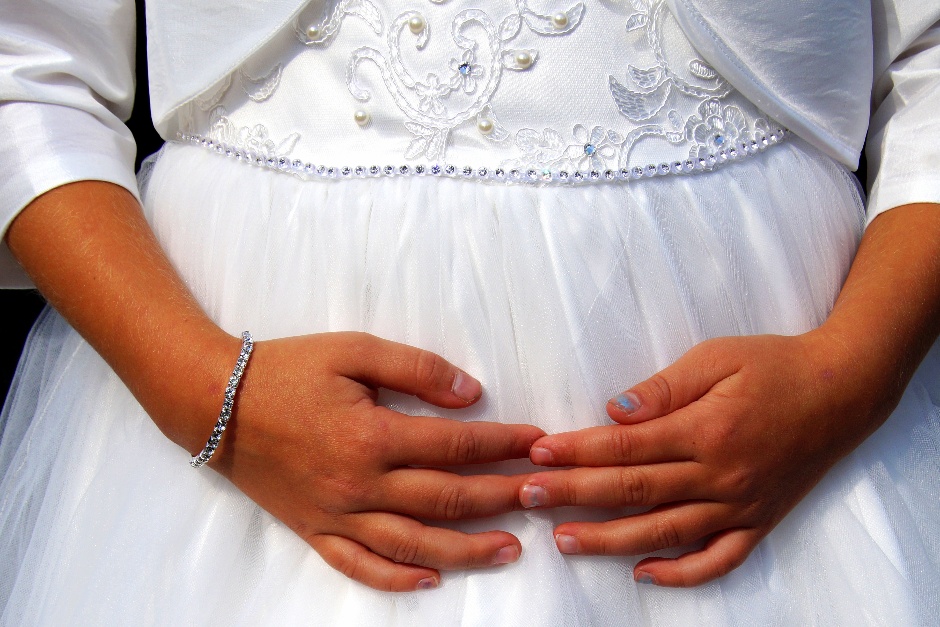 Some might assume child marriage is a thing of the past or an issue confined to far-away countries, but unfortunately the practice persists in every region of the world. Global rates of child marriage have declined over the years, but it remains a problem in every nation, including developed countries like the United States.

A number of factors contribute to the persistence of child marriage, and a continued global effort is essential if we are to achieve the UN Sustainable Development goal of ending the practice by 2030. Here’s what you need to know about the status of child marriage around the world.

What are the rates of child marriage around the world?

The good news is the world has made tremendous progress in decreasing the rates of child marriage over the past few decades. Although child marriage is an issue for both boys and girls, the following statistics focus on girls because the vast majority of child marriages are between girls and adult men.

As recently as 2008-2009, approximately 25% of women were married as children. By 2018, the United Nations Population Fund estimated that rate had decreased to one out of every five women.

Although the highest rates of child marriage are found in sub-Saharan Africa and Southern Asia, it still happens in every region of the world. According to Equality Now, over 248,000 children were married in the United States between 2000-2010 — mostly girls married off to adult men. If global trends continue, it is estimated that more than 120 million more girls will marry prior to adulthood by 2030.

According to Save the Children, an additional 2.5 million girls will be at increased risk for child marriage by 2025 as a result of COVID-19, because of the spike in poverty and decrease in educational opportunities for girls in many regions of the world. In order to properly address the issue, we need to take a look at the root causes.

What are the primary reasons for child marriage?

A family might choose to marry off their son or daughter at a young age for a number of reasons. Some of the most common reasons are related to financial strain, physical danger, or cultural norms.

If a family is struggling financially, marrying off one of their daughters can mean one less mouth to feed and one less child to educate. In some cultures, a bride price exists, which means the bride’s parents receive payment they can put toward sustaining their other children. Often, the younger the girl, the higher the bride price, because younger girls are likely to have more years for child-bearing and caring for a family. If the world hopes to see an end to child marriage, we must also address the issue of extreme poverty.

For families living in dangerous environments, like a refugee camp or war zone, child marriage can actually seem like a safer option. Parents might feel a husband would be better able to protect their daughters from harassment, rape, or other type of physical or emotional peril, and view child marriage as a necessary evil.

Child marriage is deeply imbedded in some cultural traditions, where it is viewed as a normal and reasonable practice. If they believe a girl’s only function in life is to raise a family, they figure there’s little point in wasting time and money on female education. Plus, they believe marrying off girls at a young age will prevent pre-marital sex and pregnancy out of wedlock. In cultures where girls who are no longer virgins are seen as unsuitable for marriage, parents feel they need to prevent pre-marital sex at all costs.

What are the impacts of child marriage?

Child marriage has a number of associated negative impacts, including a reduction in female education, increased poverty, and higher fertility rates.

Child marriage typically marks the end of a girl’s education. Once she’s married, she’s expected to take care of her husband and start having children, leaving little time for school or a career. Even in developed countries, once a girl starts a family it can be extremely difficult to pay for tuition or pursue a career without sufficient finances. On the flip side, the more education a girl receives, the less likely she is to marry during childhood. Ensuring female education around the world is vital to ending child marriage.

Traps Families in a Cycle of Poverty

Child marriage might seem to make financial sense in the short term for struggling parents, but it can actually trap families in a cycle of poverty. Girls married during childhood often miss out on an education, which then reduces their career prospects and future earning potential. When child brides have children of their own, they might not have the finances to put their own daughters through school and resort to marrying them off as a result, continuing the cycle for another generation.

When girls are forced into marriage at a young age, they are stripped of their agency to decide their own future. On top of that, young, under-educated girls are more susceptible to domestic violence or abuse because they will likely have difficulty voicing concerns to their husband or advocating for themselves, especially when it comes to family planning.

Younger brides are more likely to have larger families because they have more child-bearing years during married life. They also usually face a greater inequality with their husbands, resulting in the wife having little to no say in when or how many children to have.

Research estimates that a girl married at age 13 will have 26% more children during her life than if she marries at age 18 or later. According to the World Bank, ending child marriage and adolescent pregnancy has the potential to reduce population growth rates by one tenth in countries where child marriage is prevalent.

Discover how PMC harnesses educational entertainment to fight child marriage around the world.

In order to address the issue of child marriage around the world, we must break through deeply imbedded cultural norms that help keep the practice alive. Population Media Center (PMC) shows have achieved measurable success changing attitudes and behaviors regarding child marriage in countries including Nigeria, Senegal, and Niger.