Is It Climate Change or Global Warming? And Why Does it Matter? 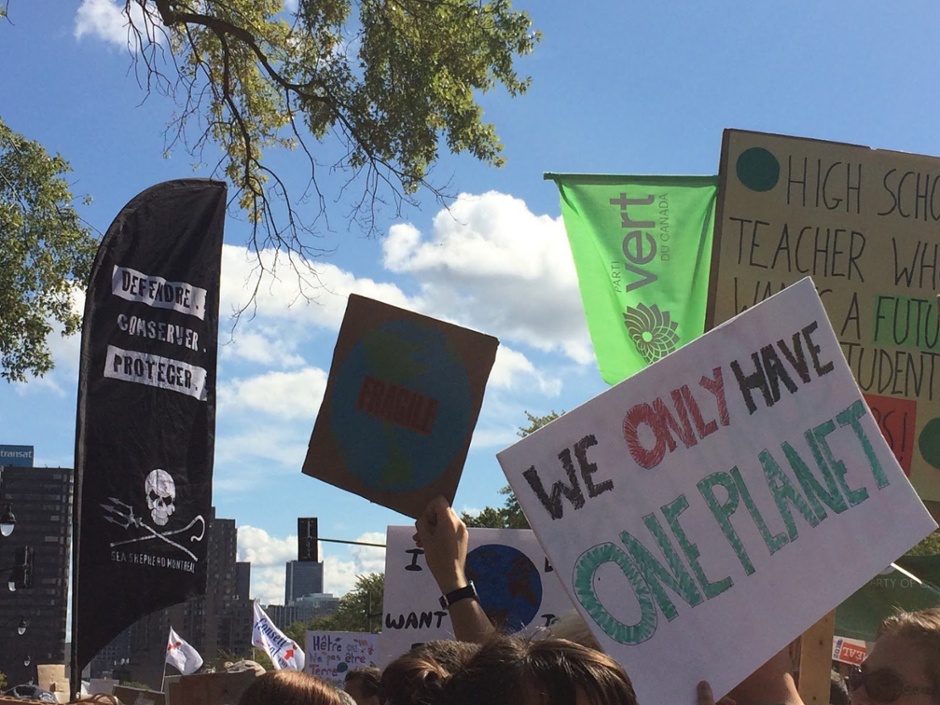 In the midst of an unprecedented global pandemic, the world is also witnessing an existential climate crisis play out in real time. The incidence of heatwaves, droughts, flooding, winter storms, hurricanes, and wildfires is rising at a “staggering” rate, the UN Office of Risk Reduction said just this week. In the US alone, 2020 has been plagued by a record-breaking hurricane season and devastating wildfires that cover the western half of the country.

As these crises wreak havoc on both human life and wildlife, individuals have an opportunity to learn more about the climate catastrophe that humanity is facing, as well as what they can do about it.

First, let’s explore the differences between the terms climate change and global warming. Although they are often used interchangeably, they are different in scope.

According to the U.S. Geological Survey:

One of the challenges we face, as people committed to mobilizing action around climate change, is making the term commonly used, and compelling. How do we make such a broad term real? We can all help.

You may remember that global warming was the first of the two terms to really make it into the mainstream. Today, it remains one of the best-known examples of climate change, and we’re seeing it play out before our very eyes. As a result, the term “global warming” carries the power of visualization, feeling, and imagination. It vividly calls to mind the 430 gigatons of ice mass that Greenland and Antarctica are losing every year. It makes you recall the news of Death Valley recording a temperature of 130 degrees Farhenheit, which may have been the hottest temperature ever recorded on Earth. It makes you mourn for the unfathomable suffering that these temperature extremes, storms and floods are inflicting on land animals, fish and marine life, and people and communities.

Although the term global warming may feel more accessible, it’s actually very important to embrace the broader term, climate change. Over the last several decades, a growing number of people have learned more about the diversity of issues climate change has brought and will bring. Collectively, we’re getting better at using “climate change” to talk about the broad scale and “global warming” to specifically refer to the earth’s global temperature.

Climate change relates to an ongoing systemic, global change in the Earth’s climate that is global in scale and therefore difficult to fully grasp. Even now, the full extent of climate change is unknown. Since it is a result of human activity, we cannot predict all the ways in which the Earth’s ecosystems will continue to change over time.

As you go about your daily activities as a climate activist, be sure to remember the distinction, and help people in your life understand the two terms. Most importantly, use “climate change” to refer to the enormity of the global crisis we are facing, and encourage discussion and understanding about it’s scale.

The Crisis Is Real and It’s Happening Now

Making the term “climate change” more concrete has always been a challenge, but perhaps the events of 2020 will help solidify it in people’s minds.

In the last 10 months alone, COVID-19—a virus that hadn’t even been discovered by this time last year—has killed more than 1 million people worldwide. That is more people than the US lost to both World Wars, the Korean War, and the Vietnam War combined, and it stems from environmental irresponsibility.

Since 1994, 28 trillion tons of ice have disappeared from the Earth’s glaciers and ice sheets, which could lead to a feedback loop that exacerbates warming temperatures. The result could be a three-foot rise in sea levels by the end of the century.

Meanwhile, this year the west coast of the US experienced its worst fire season in at least 70 years, with some 7.4 million acres burned in California, Oregon, and Washington. Not only did the fires make the summer hell on Earth for many residents, they also threatened vulnerable wildlife species, some of whom may not survive.

Blatant personal impacts of climate change, like wildfires and the horrific COVID-19 pandemic, have the potential to make people better understand and appreciate our fragile climate. But as individuals become aware of and feel concerned about climate change, many companies and governments are actively working to roll back environmental protections.

We can never rely on change to come from the top. It has to come from individuals pushing for change. The climate crisis is here; it’s not a second- or third-generation problem. We must bring the problems and the solutions forward.

Addressing global warming and climate change will require widespread behavioral change, and that begins by making sure corporations and governments are held accountable. We need to supersede profit motivations with the goals of health and well-being for all people and for the Earth. How do we do that?

You can help by becoming a strong advocate for some of the big changes required, such as stabilizing the global population—which currently increases by more than 228,000 people every day. When we empower women with education, social equality, and health, we give women the ability to choose when and if they want children. This is a crucial aspect of our work, but we all know that climate change requires us to also continually raise our voices to encourage sustainable development, protect biodiversity, and conserve natural habitats.

We’re All in It Together

We cannot ignore the problem of climate change, because no one is immune from its effects. We share this planet with billions of other humans and millions of species of plants and animals, and all of us are already feeling the impact—but some feel it more than others.

Individual behavior change, such as recycling or reducing waste, can only do so much. We need a massive global movement to address climate change—an uprising that results in billions of individuals overthrowing old social norms and embracing new ways of living that will help us and our planet survive.

It is time for drastic change. As Greta Thunberg said during her famous speech to the United Nations, “People are suffering. People are dying. Entire ecosystems are collapsing. We are in the beginning of a mass extinction, and all you can talk about is money and fairy tales of eternal economic growth.”

Humans require water, food, clean air and certain temperatures in which to survive. Our top priority must be protecting those basic human rights. Because without them, nothing else matters.