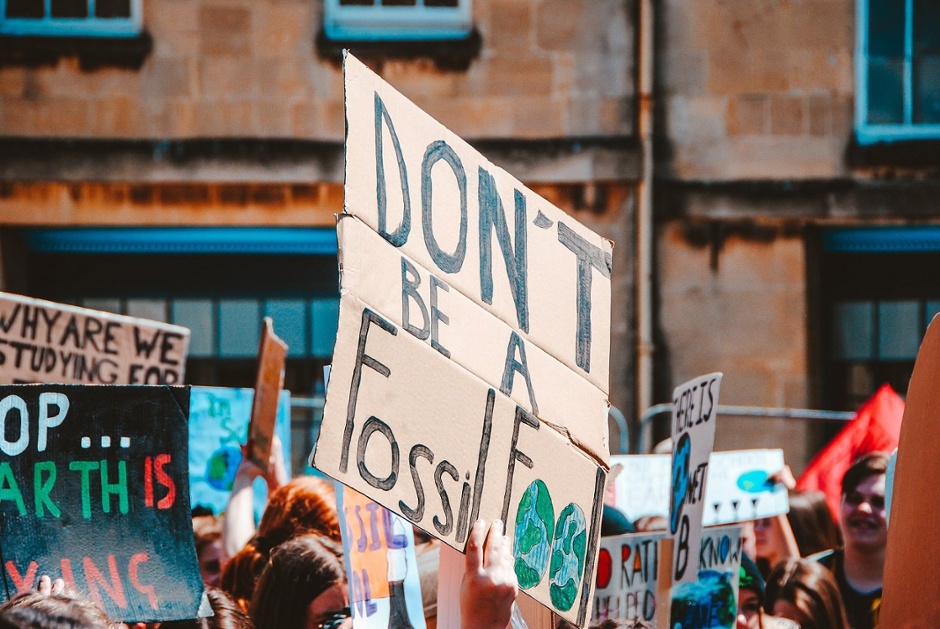 Editor's Note: Population Media Center is pleased to re-publish the following essay, which is written by Tom Olivier, President of Advocates for a Sustainable Albemarle Population (ASAP).  This is the first of three essays originally published by ASAP that we will re-publish between now and October 8th, 2020. Population Media Center has been interested in ASAP's work for well over a decade, and is grateful for these important essays. ASAP was formed by residents of the Albemarle-Charlottesville community, and their goal is to gradually slow and ultimately stop growth before it consumes the local environment and further erodes their quality of life. They implement these goals through education, research, policy development, and advocacy.

"The trouble is, a bigger economy uses more stuff than a smaller one, and we happen to live on a finite planet. So, an end to growth is inevitable....So how do we stop growth without making life miserable – and maybe even making it better?" – Richard Heinberg in "Sooner or Later, We Have to Stop Economic Growth – And We'll be Better for It"

Champions of growth as a cure for economic and political woes still abound.   But, 70 years into a burst of economic and population growth, many realize that an end to these expansions is arriving. To begin making lemonade from what many will see as a lemon, in this commentary, we will touch on economic paradigms that recognize limits to growth and then investigate how finite-sized economies might be integrated into sustainable societies. We will see that economic history is peppered with economists and related movements that in different ways recognized limits to growth or limits to the value of growth. And, we will see that a shift to stable sized economies raises many questions while possibly opening a door or two.

John Stuart Mill was a nineteenth century utilitarian philosopher and economist. His Principles of Political Economy included a section expansively titled “Stationary state of wealth and population dreaded by some writers, but not in itself undesirable.” In that section, Mill noted that increases in wealth were not boundless and questioned the value of unbridled industrial development. He argued that in a society with relatively stationary natural wealth, prudent restraint on population growth and “a system of legislation favoring equality of fortunes” would make possible broad pursuit of the “graces of life."

John Maynard Keynes, the most influential economist of the twentieth century, in his 1930 essay “Economic Possibilities for Our Grandchildren” suggested that within a century’s time, if population growth and major wars could be avoided, economic problems would be solved or nearly solved. Recognizing the unprecedented productivity growth of modern industrial capitalism, he suggested that genuine needs of humanity (as opposed to mere wants) could be satisfied with relative, increasing ease and that people might turn then from money-making and instead cultivate “the art of life.”

In his 1966 essay, “The Economics of the Coming Spaceship Earth," economist Kenneth Boulding took a different tack, addressing physical limits to the extent of human society and the moral issues raised by acknowledgment of such limits. He suggested that contemporary economies were built on exploitation of ample resource inputs and ready sites for dumping waste outputs (the “cowboy economy”). He also suggested that we were approaching a state in which economies were materially closed (the “spaceman economy”) and current consumptions must be judged in terms of impacts on future generations.

Economist Nicolas Georgescu-Rogen took an even longer view. He noted that modern economies relied on energy from the sun and energy bound in finite stocks of energy-rich minerals. In his 1971 essay, “The Entropy Law and Economic Problems,” he argued that economic processes consumed low-entropy materials and generated high-entropy wastes. He believed that human economic activities sped the entropic death of our species. Despite Georgescu-Rogen’s glum take on our prospects, his work influenced two subsequent schools of green economics.

One school, ”degrowth” (or “décroissance”), arose in Europe, mainly since 2000. It recognizes that the planet’s resources are finite and sees reductions in the sizes of economies of developed nations as necessary. Degrowth largely rejects capitalism and associated cultural values related to growth. The movement came to include supporters from a variety of political and intellectual streams, streams that contain, collectively, an abundance of contradictions and cross-purposes. Many supporters of degrowth seek to live simplified lives. Discussions of ecological impacts of population growth are discouraged by some who argue that high per capita resource consumption of developed nations should be addressed instead. Leaders in development of degrowth include Joan Martinez-Alier and Serge Latouche. A paper by Federico DeMaria and colleagues provides an overview. Here is a website devoted to degrowth theories and proponents.

The second school, “steady state economics,” emerged in the United States led by economist Herman Daly, a former student of Georgescu-Rogen. The basic feature of a steady state economy is that the population and stock of physical wealth of a society are maintained at some finite, desirable, sustainable level. Turning on its head the usual assumption of most modern economic theories, Daly and the steady state economists note that human economies are subsystems of the planet’s ecosystems, and not vice-versa. As a result, economies are limited in scale by the abilities of ecosystems to generate material inputs to economies and provide sinks that accept wastes generated by economic activities. Steady state economics recognizes, à la Georgescu-Roegen, that stocks of many minerals of economic value are limited and that human activities are limited by energy available from minerals and the sun. But they also recognize that externalities associated with the use of limited resources (pollution, degradation of natural systems) can impose even harsher limits, reached often well before we exhaust minerals and the pent-up energy we derive from them. Market processes play a central role in steady state economics, though with tempering aimed at accomplishing or preserving broad features of the steady state system.

ASAP views population and economic growth as key drivers of current environmental woes. We have often focused on policy proposals aimed at making our community sustainable, while promoting a high quality of life for residents, with an eye toward systems and policies that can be replicated everywhere. ASAP’s approach borrows heavily from the various precepts and theories of steady state economics. Motivated by that, I want to look a little further at issues it presents.

Within the broad goals and features specified for steady state economies, critical choices arise. Some are technical or strategic, but others clearly involve moral decisions. For example, how do we respond to the finite nature of our planet’s natural endowment? Daly has urged an emphasis on production of durable goods and recycling, though energetic costs of recycling will limit it. Also, given a world full or overfilled with people and a biosphere with scant tolerance for more pollutants, how do we best control new pollution, without denying the human rights of world citizens who currently consume so little? Daly has urged taxes on resource depletions and pollution releases. With a finite pool of physical resources available to support the population in any time period, one could support lots of people at a low per capita level of physical resource consumption or a few people with a high per capita consumption, with plenty of other choices in between. So, which should it be? In any society, the question of right distribution of wealth is a serious one. With no promise of more of everything for everyone tomorrow in societies that host steady state economies, the right distribution of wealth is a more focused and contentious issue, but it cannot be ignored. Daly has argued that humanity must grow morally to deal with justice issues arising with steady state economies.

In his 1973 edited collection of articles, "Toward a Steady-State Economy," Daly pulled together explanations of many of the underpinnings of steady state economics. The Center for the Advancement of Steady State Economy provides much current discussion.

In this commentary, I’ve touched on selected approaches to no growth economies. Adopting some flavor of no growth economics has become a biophysical necessity. However, accepting no growth requires accepting that more is not better and acknowledging when we have enough. If we embrace the value of enough, we will break a lot of economic models. More broadly, no growth economies appear to be antitheses to the consumerist American Dream so successfully envisioned and promoted on Madison Avenue. It remains to be seen whether the relatively narrow economic regulatory and policy reforms espoused by proponents of steady state economics trigger movement to a needed no growth state or whether broader cultural revisions, such as those called for in the degrowth movement, are needed.

No growth economies come with added constraints. On the other hand, they may open the door to lives centered less on material acquisitions and more on a higher quality of life – perhaps Mill’s graces of life or Keynes’ art of life.

All, or nearly all, of us are deeply entangled in the current economic system. In a forthcoming Corona Commentary, Dave Shreve will further examine steady state economies, including prosperity and wealth distribution issues. Thanks for your consideration. Stay well.

President, Advocates for a Sustainable Albemarle Population. Tom Olivier received a B.S. in Biology from Tulane University and a Ph.D. in Anthropology from Duke University. He has done research on the genetics of mammalian populations in Africa, Australia, and the Caribbean. In recent decades, Tom has lived in central Virginia, where he has been active in efforts to protect the environment and promote sustainability. Email: cruz.olivier@gmail.com