On Rational and Sacred Ground 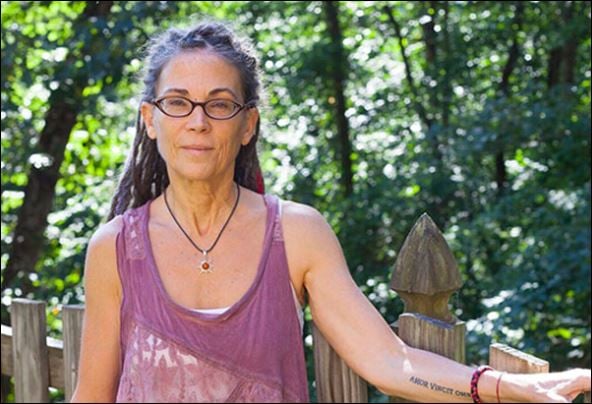 Eileen Crist is a member of PMC's Program Advisory Board. She is the author of numerous academic papers and popular writings. Her work focuses on biodiversity losses and the destruction of wild places, as well as on pathways to halt these trends. More information and publications can be found on her website www.eileencrist.com.

Dr. Crist received her Bachelor’s from Haverford College in sociology, and her PhD from Boston University, also in sociology with a specialization in life sciences and society. She is currently Associate Professor in the Department of Science and Technology in Society at Virginia Tech. She is author of Images of Animals: Anthropomorphism and Animal Mind. She is also coeditor of a number of books, including Gaia in Turmoil: Climate Change, Biodepletion, and Earth Ethics in an Age of Crisis, Life on the Brink: Environmentalists Confront Overpopulation, Keeping the Wild: Against the Domestication of Earth, and Protecting the Wild: Parks and Wilderness, the Foundation for Conservation. The essay below was first published at Earth Tongues.

ON RATIONAL AND SACRED GROUND

We are in the midst of the Sixth Extinction event, which, if completed, would entail losing 50 to 75 percent of all species within the century. Yet most media and politicians observe a resounding silence about this imminent, unthinkable catastrophe.

Which begs a question. Do people actually believe that humanity can cause a mass extinction and there will be no consequences? I am not talking only about consequences for human physical well-being, which will be numerous. I am talking about an everlasting legacy of sorrow to human posterity. The sorrow of robust, beautiful life forms exterminated forever, pointlessly and under our watch. The sorrow of the human identity of planetary colonizer having triumphed over the human identity of loving participant. These are soul consequences. If the word “soul” troubles you, then simply follow your intuition into a future of a completed mass extinction, and allow yourself to feel that reality.

We must do everything we can to stop the Sixth Mass Extinction.

To that end, we must take immediate action to downscale the human enterprise and pull back from the natural world. Just powering a burgeoning global civilization with renewable energy will not save the diversity, abundance, and complexity of life on Earth. To save life’s splendor, we must additionally and more importantly address the “burgeoning” aspect of human affairs.

Earth’s integrity is degrading rapidly and at multiple levels with each passing day. At the same time, the liable patterns of human consumption and population dynamics around the globe are grossly uneven, making generalizations about who is responsible, and how to proceed as an international community, challenging.

Even so, certain generalizations are possible about how to move forward that we can agree on. Let me unfold that argument.

Most of the world’s poor are seeking to join the wealthy in terms of income expendability and comfortable consumption. The Earth, however, cannot offer food, water, energy, and materials—for a projected 9 to 11 billion people—at an American standard of living. A world of 10 billion “Americans” would entail either the collapse of global civilization (if unsuccessful), or human tyranny over the face of the Earth (if successful). I am not sure which outcome would be worse.

Let’s again start with what cannot be rejected. Electrification. Humanity has opted in and will not (voluntarily) opt out. Electricity is here to stay, even as the global community must learn to conserve it and make it with cleaner energy.

Right off the bat, having electricity entails consumption beyond the bare basics. Electricity demands a materials-intensive energy infrastructure and it enables, via the internet, swift trade flows and instant purchasing power. Additionally, electricity is the prerequisite for enormous amounts of plugged-in “mundane” stuff, like refrigerators, phones, washing machines, TVs, PCs, e-bikes, electric cars, and so on, which are based on extraction, use energy to make and operate, and produce prodigious waste at both the production and consumption ends.

Overall, electricity supports unprecedented movement of money, information, advertising, transactions, and material flows. All these flows come with immense consequences for the Earth. That’s why an electrified civilization has to be a low population civilization. But I’m running ahead of myself.

An electrified human life, which most everyone wants, is well beyond the basics. But we might also think about the matter of consumption from another angle, namely, what people tend to desire. What most people desire is some level of comfortable consumption.

Indeed, we can divide goods and services into three categories: basics, comforts, and luxuries. While it is by no means simple to delineate them crisply, we can provisionally agree that all people, for starters, should have the basics and that luxuries (for the sake of the Earth and human equity) have to go. We can also concur that when it comes to goods and services most humans gravitate toward the category of “comforts.”

To recap. Thus far we have agreed about the imperative of an equitable standard of living that is somewhere in the comfort category, one, because it’s electrified, and two, because it’s what people want.

Having converged on the above—if only because reality compels us—we can turn to the big variables that would determine desirable global consumption. Desirable global consumption can be defined as one that supports a thriving biodiverse planet within which humanity enjoys an electrified material culture. The determining variables of such consumption are two: the total number of equitably consuming humans and the design of economic life at global and local levels.

Let’s start with the economy, drawing on some degrowth thinking: What kind of economic life could offer humans an electrified way of life on a biodiverse planet? The motto “Reduce-Reuse-Recycle” popularized in the 1970s still goes a long way. In production, “reduce” means lowering throughput. This is achievable by increasing efficiency (using less to make the same) and by absolute reduction (using less to make less). Both are necessary. We need greater efficiency and we need what ecological economists call a less busy economy. A less busy economy means that we work less—enjoy a shorter workweek—in order to make less stuff, use less energy, and produce less waste.

Not only will this economic design be far more ecologically benevolent, it will free time to devote to what is truly fulfilling—time for nature, family, community, hobbies, and self-realization.

The production side also must use recycled materials. Glass, metals, wood, high-tech parts—whatever can be recycled should be recycled. What cannot be recycled must be substituted (especially if it is dangerous). Synthetic pesticides, fertilizers, and plastic are excellent examples of stuff that should not be made in the first place.

Turning to the consumption end of the economy, what people consume will of course be tempered by the design of production. Additionally, we must consume more locally, value more handmade products, reuse/fix/share/& pass down, and eat lower on the food chain. In other words, we need to create a new global culture of consumption.

So far in the quest to downscale the human enterprise, we’ve arrived at the need for an equitable (electrified) standard of living, organized around a less busy economy (that is more local and as circular as possible), in a world where eating far fewer animal products implies far fewer livestock.

That brings us to the last big variable shaping aggregate consumption and waste under the above scenario, namely, how many people there are on planet Earth. Let’s start at an intuitive level: under the just-stated conditions, would there not be yawning difference between, say, 3 billion people and 9 billion people in terms of ecological impact?

But “intuitive” is not good enough. We need to sharpen our reasoning by foregrounding something that so far has remained present but backgrounded: the more-than-human world, and preserving its magnificent diversity of species, subspecies, populations, genes, ecologies, migrations, minds, and biomes.

If we want to stop the Sixth Mass Extinction, help absorb much of the life-wrecking carbon we’ve unleashed, and (beyond these pressing goals) support the natural world to flourish again, then we need to protect it, restore it, and give it space. Large-scale, connected space.

Perhaps we might agree, as some initiatives are proposing, that at least 50 percent of the land and 50 percent of the ocean is fair to give back to free nature. Fair, given that one species gets half and the other 5 to 10 million species get half. (To clarify, “half” does not mean giving nature rock, ice, and marginal lands, but at least half of all representative ecosystems.) That recalibration of Earth’s geography places definite limitations on infrastructural sprawl and even demands undoing many existing infrastructures.

But what truly sharpens the parameter of human population size—in such a world of generously freed nature—is food production. A turn away from industrial food production to organic, diversified agro-ecology is the only means to heal the ecological devastation of industrial food. Such a turn implies abolishing synthetic fertilizers, which pollute air, waters, and land. Yet synthetic fertilizers have bankrolled the population explosion. (Around half of us would not be here without them.) Therefore, ending industrial food implies gradually achieving a lower population.

Not only should lowering our numbers be done within a human-rights framework, but consciously expediting certain human rights for all (and especially children and women) is the precise pathway to do so. These universal rights include family-planning services that are accessible and affordable; all girls and young women in school at least through secondary education; and connected with the previous, zero tolerance from the international community of “child brides.”

In sum, scaling down and pulling back entail creating an interconnected electrified civilization; designing slow, local, and mostly circular economies, at an equitable (roughly European) standard of living; and embracing and enabling a generously freed natural world. Between human habitats and wild habitats, the “middle landscape” where we make our food must be de-industrialized and remade as part of the biosphere—friendly to life, mimicking life, enhancing life, loving life.

Those of us who broadly agree with the above reasoning might consider seceding from the dominant no-limitations, life-destroying civilization. Let’s build alternative human communities, on rational and sacred ground, as loving members of planet Earth. 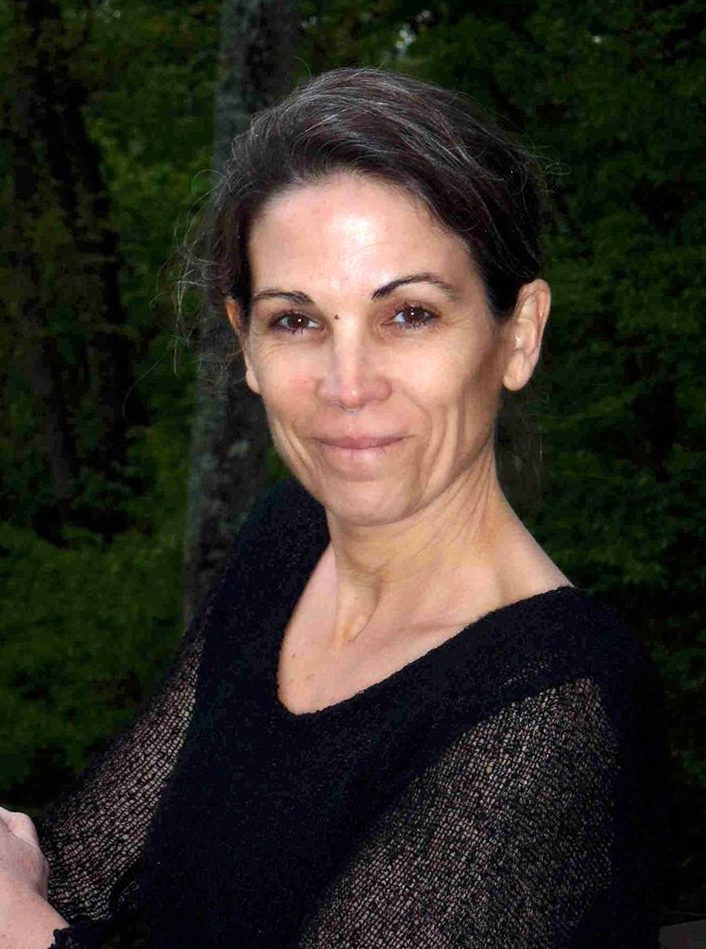 Eileen received her Bachelor’s from Haverford College in sociology in 1982 and her doctoral degree from Boston University in 1994, also in sociology, with a specialization in life sciences and society. Between 1989 and 1991 she lived in Amherst, MA where she studied environmental evolution (Gaia theory) with Lynn Margulis. Following two post docs after graduating from Boston University (at University of California, San Diego and Cornell), she accepted a position at Virginia Tech in the Department of Science and Technology in Society where she has been teaching since 1997. She is author of Images of Animals: Anthropomorphism and Animal Mind. She is also coeditor of a number of books, including Gaia in Turmoil: Climate Change, Biodepletion, and Earth Ethics in an Age of Crisis, Life on the Brink: Environmentalists Confront Overpopulation, and Keeping the Wild: Against the Domestication of Earth. Eileen is author of numerous papers and contributor to the late journal Wild Earth. She lives in Blacksburg, Virginia with her husband Rob Patzig where they also teach yoga together.