Overpopulation: Cause and Effect 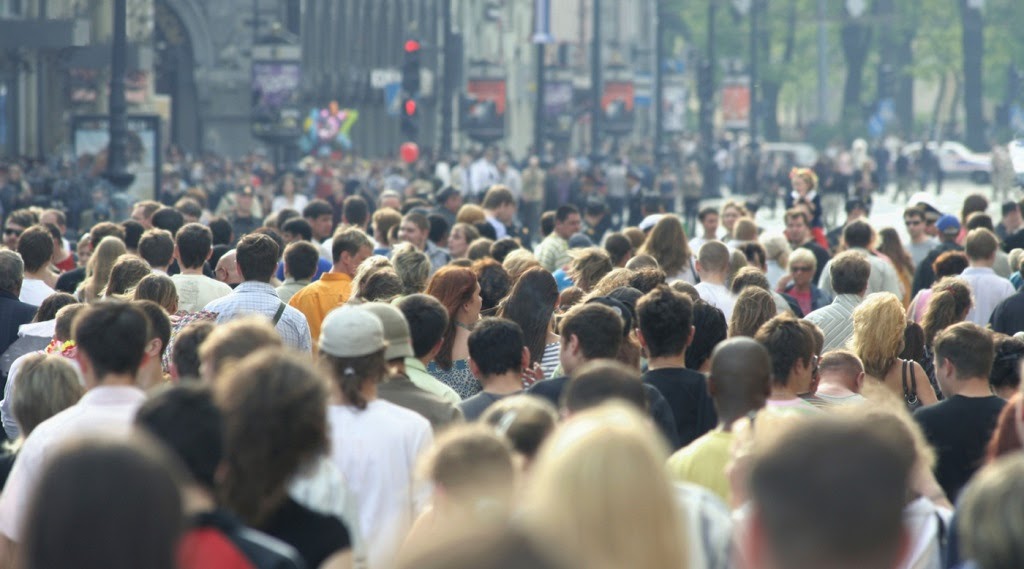 Conversations about overpopulation can quickly become controversial because they beg the question: Who exactly is the cause of the problem and what, if anything, should be done about it? Many population experts worry discussions around overpopulation will be abused by small-minded people to suggest some are the “right people” to be on the planet (like themselves), and some people are “the wrong people” (usually people in poverty, people of color, foreigners, and so on—you get the drift). But there are no “right” or “wrong” people on the planet, and discussing the problems of global overpopulation can never be an excuse, or in any way provide a platform, for having that type of conversation.

Each human being has a legitimate claim on a sufficient and fair amount of Earth’s resources. But with a population approaching 8 billion, even if everyone adopted a relatively low material standard of living like the one currently found in Papua New Guinea, it would still push Earth to its ecological breaking point. Unfortunately, the “average person” on Earth consumes at a rate over 50% above a sustainable level. Incredibly, the average person in the United States uses almost five times more than the sustainable yield of the planet.

When we use the term “overpopulation,” we specifically mean a situation in which the Earth cannot regenerate the resources used by the world’s population each year. Experts say this has been the case every year since 1970, with each successive year becoming more and more damaging. To help temper this wildly unsustainable situation, we need to understand what’s contributing to overpopulation and overconsumption and how these trends are affecting everything from climate change to sociopolitical unrest.

The Causes of Overpopulation

Today the Earth is home to more than 7.8 billion people. By 2100 the population is on track to hit 10.8 billion, according to the United Nations — and that’s assuming steady fertility declines in many countries. Interestingly, if extra progress is made in women’s reproductive self-determination, and fertility falls more than the United Nations assumes is likely, the population in 2100 might be a relatively smaller 7.3 billion.

For now, the world’s population is still increasing in huge annual increments (about 80 million per year), and our supply of vital non-renewable resources are being exhausted. Many factors contribute to these unsustainable trends, including falling mortality rates, underutilized contraception, and a lack of education for girls.

The primary (and perhaps most obvious) cause of population growth is an imbalance between births and deaths. The infant mortality rate has decreased globally, with 4.1 million infant deaths in 2017 compared to 8.8 million in 1990, according to the World Health Organization (WHO). This is welcome public health news, of course.

At the same time, lifespans are increasing around the world. Those of us who are alive today will likely live much longer than most of our ancestors. Global average life expectancy has more than doubled since 1900, thanks to advancements in medicine, technology, and general hygiene. Falling mortality rates are certainly nothing to complain about either, but widespread longevity does contribute to the mathematics of increasing population numbers.

The global fertility rate has fallen steadily over the years, down from an average of 5 children per woman in 1950 to 2.4 children per woman today, according to the UN Population Division. Along with that promising trend, contraceptive use has slowly but steadily increased globally, rising from 54% in 1990 to 57.4% in 2015. Yet, on the whole, contraceptive use is still underutilized. For example, according to the WHO, an estimated 214 million women in developing countries who want to avoid pregnancy are not using modern contraceptives.

These women aren’t using contraceptives for a variety of reasons, including social norms or religious beliefs that discourage birth control, misconceptions about adverse side effects, and a lack of agency for women to make decisions around sex and family planning. An estimated 44% of pregnancies were unintended worldwide between 2010-2014. Getting more women the access and agency to utilize family planning methods could go a long way in flattening the population curve.

Although female access to education has increased over the years, the gender gap remains. Roughly 130 million girls worldwide are out of school currently, and an estimated 15 million girls of primary school age will never  learn to read and write, compared with 10 million boys.

Increasing and encouraging education among women and girls can have a number of positive ripple effects, including delayed childbearing, healthier children, and an increase in workforce participation. Plenty of evidence suggests a negative correlation between female education and fertility rates.

If increased female education can delay or decrease fertility and provide girls with opportunities beyond an early marriage, it could also help to mitigate current population trends.

The Effects of Overpopulation

It is only logical that an increase in the world’s population will cause additional strains on resources. More people means an increased demand for food, water, housing, energy, healthcare, transportation, and more. And all that consumption contributes to ecological degradation, increased conflicts, and a higher risk of large-scale disasters like pandemics.

An increase in population will inevitably create pressures leading to more deforestation, decreased biodiversity, and spikes in pollution and emissions, which will exacerbate climate change. Ultimately, unless we take action to help minimize further population growth heading into the remainder of this century, many scientists believe the additional stress on the planet will lead to ecological disruption and collapse so severe it threatens the viability of life on Earth as we know it.

Each spike in the global population has a measurable impact on the planet’s health. According to estimates in a study by Wynes and Nicholas (2017), a family having one fewer child could reduce emissions by 58.6 tonnes CO2-equivalent per year in developed countries.

The scarcity brought about by environmental disruption and overpopulation has the potential to trigger an increase in violence and political unrest. We’re already seeing wars fought over water, land, and energy resources in the Middle East and other regions, and the turmoil is likely to increase as the global population grows even larger.

Higher Risk of Disasters and Pandemics

Many of the recent novel pathogens that have devastated humans around the world, including COVID-19, Zika virus, Ebola, and West Nile virus, originated in animals or insects before passing to humans. Part of the reason the world is entering “a period of increased outbreak activity” is because humans are destroying wildlife habitats and coming into contact with wild animals on a more regular basis. Now that we’re in the midst of a pandemic, it has become clear how difficult it is to social distance in a world occupied by nearly 8 billion people.

What Can Be Done?

When addressing overpopulation, it’s crucial to take an approach of providing empowerment while mobilizing against anybody advocating for the use of coercion or violence to solve our problems. The combined efforts of spreading knowledge about family planning, increasing agency among women, and debunking widely held myths about contraception will measurably change the trajectory of the world’s population.

As we carry out our work at Population Media Center (PMC), we see first-hand that spreading awareness about family planning methods and the ecological and economic benefits of having smaller families can change reproductive behavior. For example, listeners of our Burundian radio show Agashi (“Hey! Look Again!”) were 1.7 times more likely than non-listeners to confirm that they were willing to negotiate condom use with a sexual partner and 1.8 times more likely than non-listeners to say that they generally approve of family planning for limiting the number of children.

At PMC we harness the power of storytelling to empower listeners to live healthier and more prosperous lives, which in turn contributes to stabilizing the global population so that people can live sustainably with the world’s renewable resources. Contact us today to discover how you can be part of the solution.