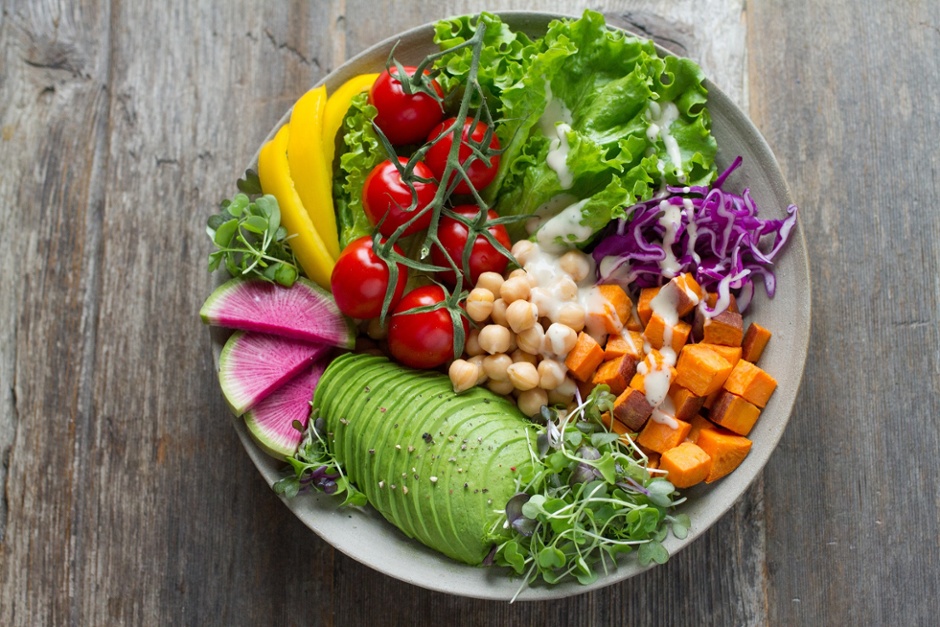 In 2019, the EAT–Lancet Commission posited a universal “reference diet” to compare and contrast any possible health and environmental effects of large-scale adoption of an alternative diet to the real current diets around the world, many of which are high in unhealthy foods.

The reference diet largely consists of vegetables, fruits, whole grains, legumes, nuts, and unsaturated oils and includes a low to moderate amount of seafood and poultry. It also includes no (or a low) quantity of red meat, processed meat, added sugar, refined grains, and starchy vegetables.

You can access the EAT–Lancet Commission’s full report here:
https://www.thelancet.com/journals/lancet/article/PIIS0140-6736(18)31788-4/fulltext

Of course, the diet a person chooses has huge environmental consequences. With almost 8 billion people, and standard demographic projections indicating up to almost 4 billion more people added by 2100, the uncomfortable truth is that feeding humanity will continue to appropriate large swaths of the Earth – which effectively puts these areas off limits to naturally abundant biodiversity.

It is, therefore, very important that we continue to take action that can slow, stop, and eventually reverse population growth. The drivers of ongoing population increases are clearly understood and can be positively impacted within a human rights framework. The drivers are rooted in a combination of population momentum, high-desired fertility around the globe, low status of women and girls, and bias against contraception. The latter is based primarily on rumors, myths, misinformation, and subjugation of women’s preferences that cut across culture and time. That is why investing in universal, unrestricted access to reproductive health information and services (including contraceptive technologies), advancing women’s education, and achieving gender equality are so crucial on the population front.

Still, it behooves those of us who are concerned about global sustainability to investigate the benefits of alternative diets. For example, a vegan diet is championed by many as a less ecologically harmful diet than the dominant diets that the world has been producing and eating for the last several generations. These “status quo” diets are not “nutritionally optimal, are a major contributor to climate change, and are accelerating erosion of natural biodiversity.”

Vegan diets are distinct from “plant-based diets,” though both are major improvements over the “Standard American Diet (SAD),” for example.

We encourage you to research the various forms of diet that are available to you, and make informed decisions. There are always exceptions to rules, of course. For instance, your ability to access and consume what you would prefer to eat may vary depending on where you live — and your socio-economic situation. Today, for example, more than 23 million Americans live in food deserts. In these communities, residents do not have adequate access to fresh produce and other whole foods. In communities around the world that rely on subsistence farming, poultry and eggs are often key sources of protein and could not be lightly dispensed with.

Still, overall, it is undeniably important that humanity move, en masse, to more sustainable dietary habits. Becoming a vegan, a vegetarian, or — at a minimum — drastically reducing consumption of unhealthy foods, such as red meat, by at least 50% are all options you should strongly consider.