Population Growth: A Humanitarian Crisis That Needs Our Attention 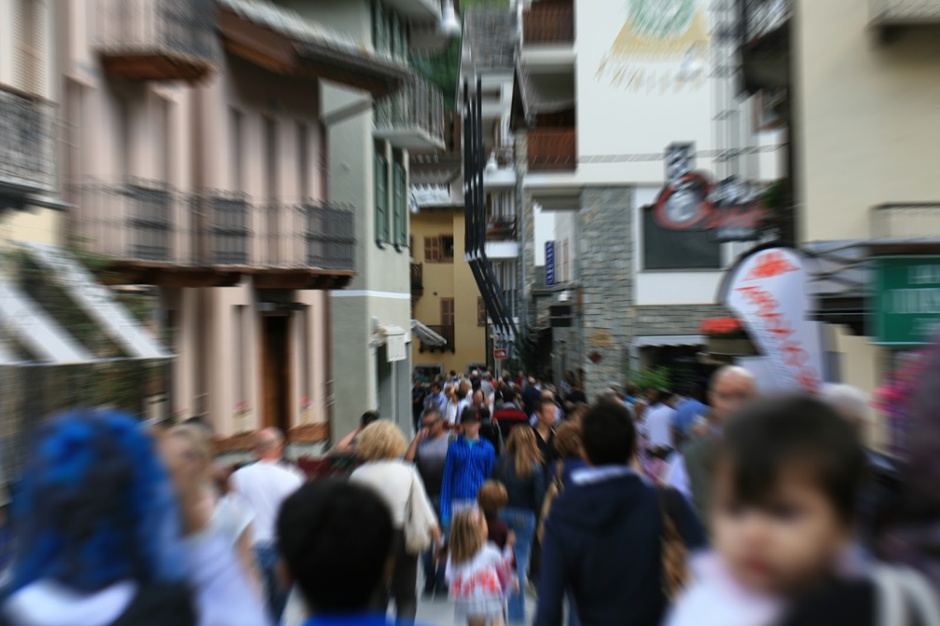 Humanity is facing a wide variety of serious crises, some of which threaten our very existence, including environmental degradation, hunger, and water scarcity. Niger is a prime example of the tragic nature of humanitarian crises: UNICEF has found that nearly 3 million people in Niger, including 1.6 million children, are being impacted by one or more humanitarian crises, including malnutrition, disease epidemics, droughts, flooding, and displacement. Population growth is a contributing factor to every other threat to humanity, and yet remains one of the most under-addressed humanitarian crises.

The global population, which currently sits around 7.8 billion, grows by over 220,000 individuals every day. In Niger, for example, the current population of around 24 million is projected to grow to over 164 million in just 80 years.  This rampant growth is a humanitarian crisis that hurts people on many levels.

On an individual level, millions of women around the world are currently unable to attain reproductive autonomy. When women cannot determine whether and when to have children, or how many to have, their quality of life and their economic prospects suffer.

When women cannot achieve reproductive autonomy, both individuals and society experience greater socioeconomic burdens. It is a significant problem: Globally, 44% of pregnancies were unintended from 2010 to 2014. However, the rate of unintended pregnancies is much higher in developing nations than in developed nations. For example, east Africa sees six times the rate of accidental pregnancies than northern Europe does. Researchers have also discovered that rates of unintended pregnancies can vary greatly within a given country because of inequality. Panama provides one example, where overall rates of contraceptive use sit at 68%, but in poor indigenous communities fewer than 10% of people use contraception.

For women burdened with unintended pregnancies, population growth truly hits home, robbing them of social power and self-determination. They, their families, and their communities must support and feed more children than they may have planned on — a difficult prospect in developing regions where households are often stretched thin to begin with.

Population growth is also a humanitarian crisis in terms of availability of natural resources. Every person deserves clean air, water, healthy food, and space to comfortably live. As more people are added to the planet and demand grows for limited resources, other problems only intensify, negatively impacting issues like hunger, water scarcity, and poverty, and contributing to increased sociopolitical instability. As the Population Institute explains, “In effect, rapid population growth is a challenge multiplier, and for many developing countries the challenges are formidable.”

Consider how rampant global population growth impacts the related crises of climate change, the rights of women and girls, and environmental degradation:

The problems of population growth and climate change are two sides of the same coin. As our population rapidly grows, we stress our already overwhelmed environment, and more people become increasingly vulnerable to the consequences of a changing climate.

A recent study found that by the year 2070, Earth’s habitable climate zone will have shifted so significantly that up to 3 billion people are "projected to be left outside the climate conditions that have served humanity well over the past 6,000 years”. People living in densely populated cities, many near the coast and at or below sea level, will experience displacement. This will force untold millions to migrate and settle into increasingly overcrowded inland areas.

Meanwhile, each additional person born will exacerbate the climate crisis even further through a lifetime of activities that release greenhouse gases into the atmosphere. One of the top contributors to climate change is the global food production system, which produces nearly one-third of all greenhouse gas emissions. As our global population grows, demand for food only expands.

We must stabilize our global population growth to mitigate its impact on the climate crisis. Several initiatives can help us with this goal, including:

Rights of Women and Girls

Women and girls around the world still face incredible obstacles, including inferior status in their communities and relationships, gender-based violence, prejudice, discrimination in all aspects of society, and harmful cultural practices such as female genital mutilation and child marriage. As a result, many struggle to advance their position in society or determine their own future. They often cannot decide for themselves whether to have children or how many children to have.

Empowering women and girls enables them to set their own future, which includes making important decisions around having children. Activists and organizations like PMC are working to combat oppressive cultural practices and raise the status of women and girls. It’s been shown repeatedly that providing women with education shifts their reproductive health and their childbearing decisions toward smaller families. By enabling women to determine their own futures we can work toward stabilizing our global population.

The Earth is already overpopulated, as humanity consumes more resources than our planet can produce. We are in “ecological overshoot,” sapping the Earth of its natural resources, creating excess amounts of waste, and allowing insufficient room for other species to flourish.

The statistics are dire. Humanity has a net population growth of 1.5 million people every week. Meanwhile, species may be going extinct at a rate that is hundreds of times faster than any other time in history. One-third of ocean-dwelling life is on the brink of extinction. In the last 200 years, one-third of Earth’s forests have disappeared. And this just barely scratches the surface of the multitude of environmental problems we face.

In this area, behavior change is essential. By fostering female empowerment to promote a stabilized population, PMC promotes key conservation initiatives, including biodiversity and habitat protection, water conservation, and adaptation to climate change.

Humanity must also change its relationship with nature. Sophisticated communication interventions, like those produced by PMC, encourage people to rethink deeply entrenched social norms, including:

It can feel daunting to realize the enormous impact of population growth on humanity, as well as its role as a challenge multiplier in the other humanitarian crises we are facing. The good news is that ending global population growth is possible — and we know how to do it: By stopping the subjugation of women and girls.

If we invest greater attention and resources into improving the lives of women and girls, we will move closer toward stabilized population. We will reduce the impact of a growing population on climate disasters, disease outbreaks, famines, and water shortages — around the globe.

Every day, we see undeniable proof that humanity is outgrowing this planet as Earth becomes increasingly impoverished, species go extinct, and habitats collapse. And things will only get worse, with billions of people suffering unimaginable conditions within the coming decades. Now is the time to take action to empower women and girls and stabilize population.

You can help us solve the population growth crisis. Find out how you can take action today.