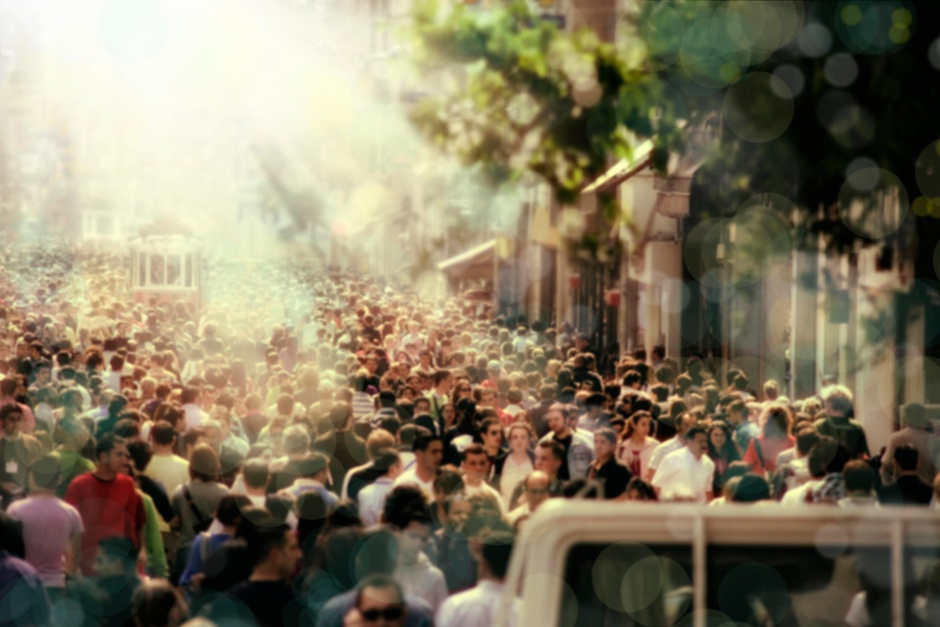 The global population growth rate has been in steady decline since 1968, from 2.1 percent annual growth down to 1.1 percent today. According to one recent study in The Lancet, the global population could peak as soon as 2064 at 9.7 billion and gradually decline thereafter, falling to 8.8 billion by 2100. The most cited United Nations population projection, by contrast, forecasts population increases throughout the 21st century, with an estimated population of 10.8 billion by 2100. The differing conclusions are essentially the result of unique assumptions about the future trends of fertility.

Either way, over the last 50 years, it is clear the population growth rate has been declining—and that is great news for an already-overburdened planet. We already use more resources than can be replenished each year with our current population of 7.8 billion. Earth is in the midst of an extinction crisis, a greenhouse gas emissions emergency, and many other dangerous ecological breakdowns. When it comes to the question of a sustainable human civilization, reasonable minds can disagree on the relative importance of the population factor—but no sensible objective analysis would ever ignore it completely.

Somewhat unbelievably, many people, including influential economists, politicians, and certain captains of industry, still make their decisions as if there were no environmental problems at all. Others, like Elon Musk, worry about the end of population growth as if it were a terrible problem. These examples demonstrate that many extremely skilled, talented, and intelligent people do not sufficiently respect the complexity and value of Earth’s ecological systems. To them, population growth is considered a categorically good thing because it helps fuel neo-liberal economic expansion. Perhaps even more surprisingly, some people agree that there is an environmental crisis, but believe that sustainability is possible even with a large and growing human population. This 2013 op-ed in the NY Times typifies such a philosophy.

People who are not much bothered by the current human load on the planet, or who feel strongly that population is not a priority issue for ecological sustainability, habitually point to the decreasing rate of population growth. They cite the declining growth rate as if doing so should put an immediate end to any further discussion about population as an environmental concern. They insinuate—or assert outright—that worries about population are naïve, unintelligent, misanthropic, or worse.

Ecologists, biologists, and environmentalists certainly welcome decreasing population growth rates, but they point emphatically to a critical caveat: the volume of population growth has not yet begun to decline substantially. Here, the idea of volume is as a measure of the absolute number of people being added to the population in a given time frame, similar to the volume of water moving through a river at any given place and time.

World population reached 1 billion early in the first decade of the 1800s. It was over 120 years before it reached 2 billion in 1927. Then the great acceleration began—and it took only 33 years to reach three billion in 1960. At this point, the population growth rate was about 1.86%.

Despite an ongoing decline in population growth rates—a good thing, to be sure—the volume of population growth (the absolute number of people being added to the population) is still resulting in an additional 1 billion person load on the planet every 11-14 years. This has been happening incessantly since 1960.

At Population Media Center, we believe that population size is a fundamental contributor to ecological degradation. Of course population is only one part of a very complicated situation. It is, literally, just one part of the equation.

Consumption rates around the world also play a fundamental, highly damaging role. A handful of nations are responsible for the majority of CO2 emissions, and a relatively small clique of extremely wealthy people consume significantly more resources than billions of low-income people combined. Many of the countries that have high fertility rates, such as those in sub-Saharan Africa, currently have relatively low carbon footprints. It is worth noting, however that all current low-footprint countries are working to maximize their consumption as soon as it is possible for them to do so. In fact, it is clear that at least 2.5 billion of the 7.8 billion people living on the planet today desperately need more material resources if they are to escape poverty and achieve minimally acceptable standards of nutrition, housing, and sanitation.

With this in mind, tempering consumption rates in the already economically developed countries should be a major environmental priority—but that does not make population growth rates any less salient as an area for long-term intervention. The two goals are not mutually exclusive. We should do everything we can to mitigate the worst impacts of a rapidly changing planet while working to create the most sustainable situation for future generations.

Population Media Center understands that decreasing the drivers of global population growth must go hand in hand with far-reaching social justice, gender equality, and an economic paradigm that is truly ecologically informed. To do our work, we adhere to the recommendations in the International Conference on Population and Development’s 1994 Programme of Action: creating entertainment media, including radio and television soap operas and dramas, that tackle the root causes of unsustainable population growth.

These drivers include a combination of population momentum, notions of high-desired fertility around the globe, low status of women and girls, and bias against contraception—which itself is based largely on rumors, myths, misinformation, and subjugation of women’s personal preferences. Our shows have successfully sparked positive attitude and behavior changes among audiences around the world. We have empowered millions of listeners to plan their families in a way that is sustainable for them, their communities, and the world as a whole.

Discover how PMC is taking action against overpopulation today!