Pretentiousness in Environmental Solutions—Harming the Cause 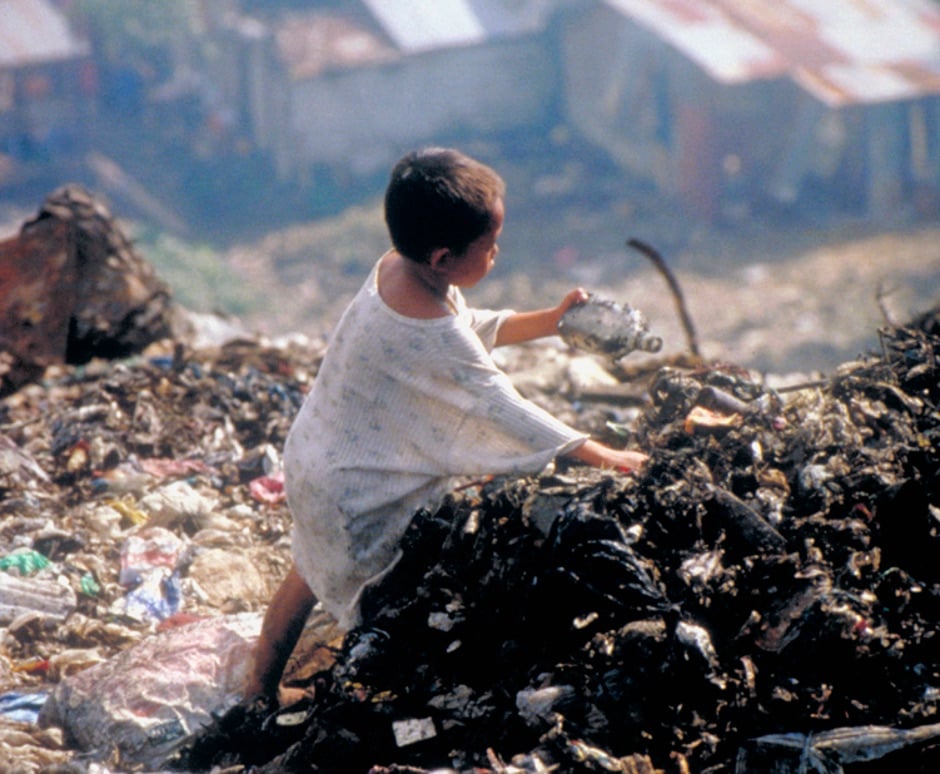 In the U.S. and other developed nations, more people are recycling than ever before. Interest in zero-waste lifestyles is growing exponentially. Supermarkets that exclusively sell food without packaging are popping up in cities around the globe.

At first glance, these and other trends feel promising: More people are tuning in to the problems facing our planet and looking for environmental solutions to implement in their own lives. However, in reality these types of initiatives are often tainted by issues of privilege and class and, in the end, can wind up doing more harm than good.

In an ideal world, we could all work together to tackle the problems facing our climate and environment. After all, Earth’s environmental crises endanger everyone to some degree. It would be wonderful if we could come together as a global community, as equals—setting privilege and class aside—to fight the many problems we face together.

But unfortunately, our social problems are so deeply ingrained that they even permeate our environmental solutions. Classism, racism, and other forms of privilege infiltrate the zero-waste movement, recycling initiatives, and other efforts that were created with noble intentions.

Of course, privilege and environmental damage often go hand-in-hand, with the richest countries on Earth causing much of the harm, which disproportionately impacts the poorest or most vulnerable among us. Perhaps it’s not so surprising that privilege would also mar the very tools that people use to fight environmental damage.

Consider how class can play a role in a person’s ability to participate in today’s environmental causes. A growing number of Americans are adopting (or experimenting with) zero-waste living, working to reduce or eliminate packaging from their consumer habits. This sounds like a worthwhile cause, but it’s important to realize that the zero-waste lifestyle is completely infeasible for many people around the world.

Today more than 23 million Americans live in food deserts. In these communities, residents don’t have adequate access to fresh produce and other whole foods—and they certainly don’t live anywhere near a zero-waste grocery. For people in these communities, canned or vacuum-wrapped fruit is often their only choice.

The same classism problem exists with composting. Zero-waste influencers push their followers to compost their fruit and vegetable scraps, since 30% of our “trash” typically comes from food waste. However, not everyone has space to dedicate to composting, and about half of U.S. households don’t have access to a municipal composting program.

Recycling isn’t necessarily accessible to everyone either. Today, nearly 60% of U.S. households have access to curbside recycling. Many more Americans have access to drop-off recycling locations, but it takes time and energy to collect, separate, and transport recycling—a luxury many households don’t have.

Of course, initiatives such as zero-waste, composting, and recycling can have a positive impact on the environment, and they are no doubt inspiring for the people who enthusiastically adhere to their tenets. But it’s important to recognize the classism that is inherent in these efforts. This type of work is typically taken on by middle- to upper-class people who live in large cities with easy access to healthy food, plenty of space to compost at home, and the benefit of convenient curbside recycling programs.

It can be easy to pretentiously assume that everyone should go zero-waste or compost at home. But looking down on people who are struggling in different circumstances—just because they can’t achieve a middle-class environmentalism goal—is divisive and ill-informed. It creates divisions and antagonisms where what we really need is solidarity and unification.

Adopting a zero-waste lifestyle, or even cutting back on your use of packaging or plastic, can require significant time and effort. As social pressure (both on social media and in real life) increases for individuals to cut down on waste, women are more likely to take on that responsibility for the household, since they are typically the ones who do the majority of the shopping, cooking, and cleaning.

As Instagram influencers display picture-perfect zero-waste lifestyles, women are feeling pressured to help save the planet by changing their family’s consumption habits, doing research on zero-waste “hacks” and shopping for the least impactful packaging possible. As one reporter points out, “it’s essentially another layer to ‘having it all’: a career, a family, a perfectly Instagrammable life and now you’re saving the planet too.”

Finally, a problem exists in the form of people who end up wasting unnecessary resources, both time and money, in the pursuit of environmental progress. We blindly throw anything and everything into our recycle bins, in part because we’ve been lulled into the false sense of security that nearly anything can be recycled. In fact, nearly 92% of discarded plastics are not recycled.

Many of us support the idea of reducing plastic waste but are unwilling to stop using plastic because it’s just too convenient. Others assume everything they put into recycling is actually recycled. But it’s a fantasy that recycling can solve all of our resource waste problems.

Meanwhile, it’s far too easy for zero-waste practitioners to end up spending unnecessarily to support their lifestyle. In fact, an entire industry has emerged that markets to the zero-waste lifestyle, selling reusable grocery bags, silicon straws, bamboo toothbrushes, and the like. And while these products are certainly less environmentally damaging than their plastic counterparts, people should resist the urge to spend unnecessarily on zero-waste products, which simply feeds the cycle of over-consumption.

In the face of these problems, what environmental solutions actually work? It feels like a daunting question. Almost 8 billion humans inhabit the Earth, and even at a subsistence level, we take up a lot of room and impact the environment in significant ways.

We’re different from all other animals, whose impact on the world is generally limited by their appetites. Humans can consume far and above our basic biological needs. And although a proportionately small percentage of humanity lives in great material comfort, the vast majority lives in relative destitution. Arguably, environmentalists should support increases in material consumption for the world’s poor. Meanwhile, the middle and upper classes need to reduce their consumption drastically.

Part of the challenge is that chasing the American Dream is interpreted by many to mean, “How much stuff can I acquire?” The typical middle-class American lives in a state of material comfort and well being that would have been unimaginable during most of human history (when civilization was actually sustainable)  and is still unimaginable to billions of people in the world. Instead of viewing zero-waste living, environmentally-friendly products or recycling as the answer to all our environmental problems, we should also begin limiting our overall consumption—a surefire way to shrink our carbon footprint immediately.

In the meantime, it’s important to recognize that environmentalism is not always an inclusive or equitable movement. As we saw above, environmental solutions are impacted by classism and sexism. Although initiatives like the zero-waste movement are often led by white middle-class women, environmental activism often marginalizes poorer working-class people and people of color.

Now is the time for well-meaning people in the developed world to take a more global view of environmentalism and recognize that not everyone is in the position to adopt their environmental solutions. Instead, middle- and upper-class environmental advocates can work to cut down on their consumption and find worthy causes that seek to make our world more sustainable for all.