The impact of climate change on mental health 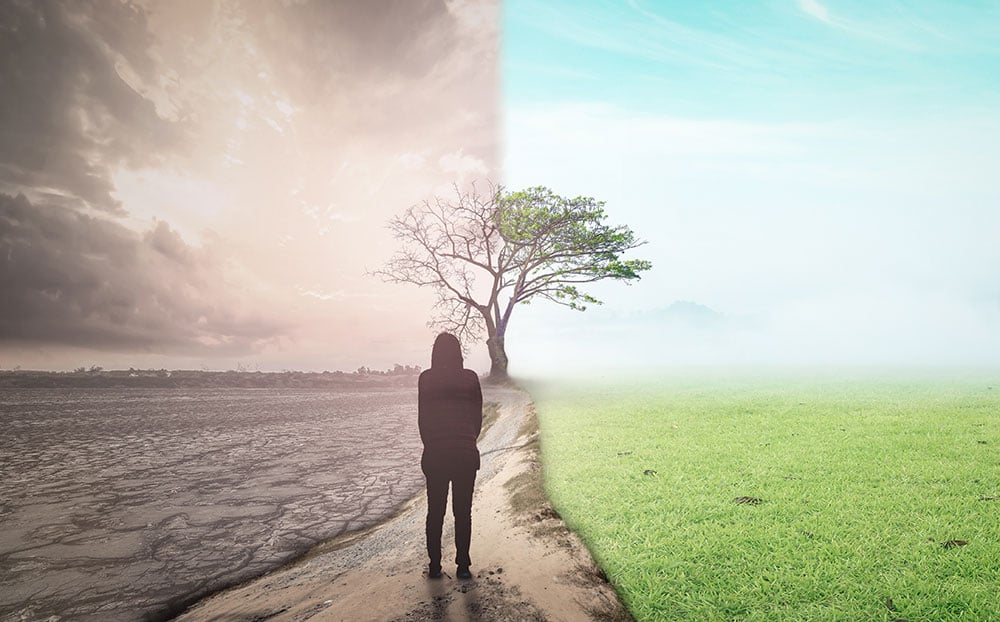 While environments across the entire globe are struck by climate change to varying degrees, the full extent to which humans will be impacted is uncertain and immeasurable. Millions of homes near shorelines containing sentimental and valued belongings will be scattered across our oceans while countless homes burn. Intensified droughts and hurricanes, melting glaciers, and increased wildfires illustrate only a portion of the significant effects of climate change. To understand the magnitude of its potential impact more thoroughly, we must look beyond our typical field of study of assessing the physical damages of climate disasters and consider how these catastrophes may impact us psychologically.

A person’s overall vulnerability to experiencing climate-induced trauma is dependent on their environment.

Hurricane Ida, a recent and destructive category 4 hurricane, left 11 New Yorkers dead in flooded basement apartments. These basement apartments are illegal but often are the only affordable choice for many. A corrupt housing system like New York’s, paired with any natural disaster, is bound to inflict trauma on many. In fact, extreme weather events like hurricanes, wildfires, droughts, and heatwaves have been proven by the American Psychiatric Association to increase levels of anxiety, depression, and post-traumatic stress disorders.

Mental health issues caused by experiencing climate-related trauma haunt the victims far after the incident – often to such a despairing level where they even take their own life. In 2017 after Hurricane Maria, Puerto Ricans witnessed an increase in suicidal thoughts and suicidal rates, grieving the loss of over 103 lives taken as a result. Similarly, after Hurricane Katrina in 2005, New Orleans residents were three times more likely to commit suicide than before the calamity. This data reflects how vulnerable populations living near coastlines genuinely are in terms of physical and emotional health.

The Economics of Climate Change and Mental Health

Soaring unemployment rates appear to be the promising norm. As global temperatures rise and provoke intolerable working conditions, the U.N. International Labour Organization predicts that 80 million jobs will be threatened by 2030 as outside workers become more susceptible to developing heat-related illnesses. And agricultural workers, whom we rely on for nearly all our food production, will experience the brunt of this economic disaster and face alarmingly disproportionate unemployment rates.

Carl Van Horn, Ph.D., having exceptional expertise on human resources, workforce, and employment policy issues, explains, “Losing a job and being unemployed for a long period of time is a psychological trauma and a financial trauma, and the two are closely intertwined.” This quote captures the unsettling impacts a person undergoes when losing their job, suggesting that not only is their financial security endangered, but so is the security that they have within themselves. Unfortunately, it is common for a person to become utterly dissatisfied with their own life following these incidents, witnessing heightened levels of depression and anxiety.

Seemingly harmless shifts in average global temperature can reshape nearly every aspect of our lives. As more jobs vanish because of unprecedented natural disasters, the recently unemployed individuals and family members become increasingly defenseless against inheriting various forms of trauma. Suppose unemployment does spike from climate change as predicted. In that case, the mental health repercussions could be detrimental to not only our economy but to the millions of households who cannot afford even the slightest financial setback.

Each person on our planet deserves a promising future where their basic human needs are met. However, if we continue our path and ignore massive changes to our environment, some of our most vulnerable communities will be further affected, ones may already struggle with mental health.

It’s been reported that over 4.4  million children in the United States have been diagnosed with anxiety disorders and 1.9 million have been diagnosed with depression. These numbers are likely to grow as environmental conditions exacerbate rapidly. In addition, by undergoing climate-induced stress and trauma, such as the examples mentioned earlier, adolescents will likely experience worsening mental health. Other at-risk communities include those living below the poverty line and in areas likely to experience climate disasters – such as regions with a high prevalence of droughts, hurricanes, or wildfires.

The need to act swiftly on climate change is not only necessary for our physical planet but is also a commitment to every young person and individual affected by climate-induced trauma that their livelihood and safety is an uncompromisable priority.

Seeking to do precisely that, Population Media Center empowers many different regions by telling transformative stories like our show, Umurage Urukwiye (“Rwanda’s Brighter Future”). As a result, massive behavioral shifts were noticed when educating Rwandans on relevant health and environmental challenges within their communities. For example, Umurage Urukwiye increased tree seedling purchases, and listeners were 3.4 more likely than non-listeners to know that protecting mountain gorillas can reduce poverty and bring tourists to the area.

By casting light on environmental, social, and health-related threats, we inspire community members to bring awareness to their day-to-day actions so they can make a difference together. As we continue to educate millions of people through various forms of media, we grow more hopeful in envisioning a world where improved mental health rates, a healthy environment, and a booming economy exist together. 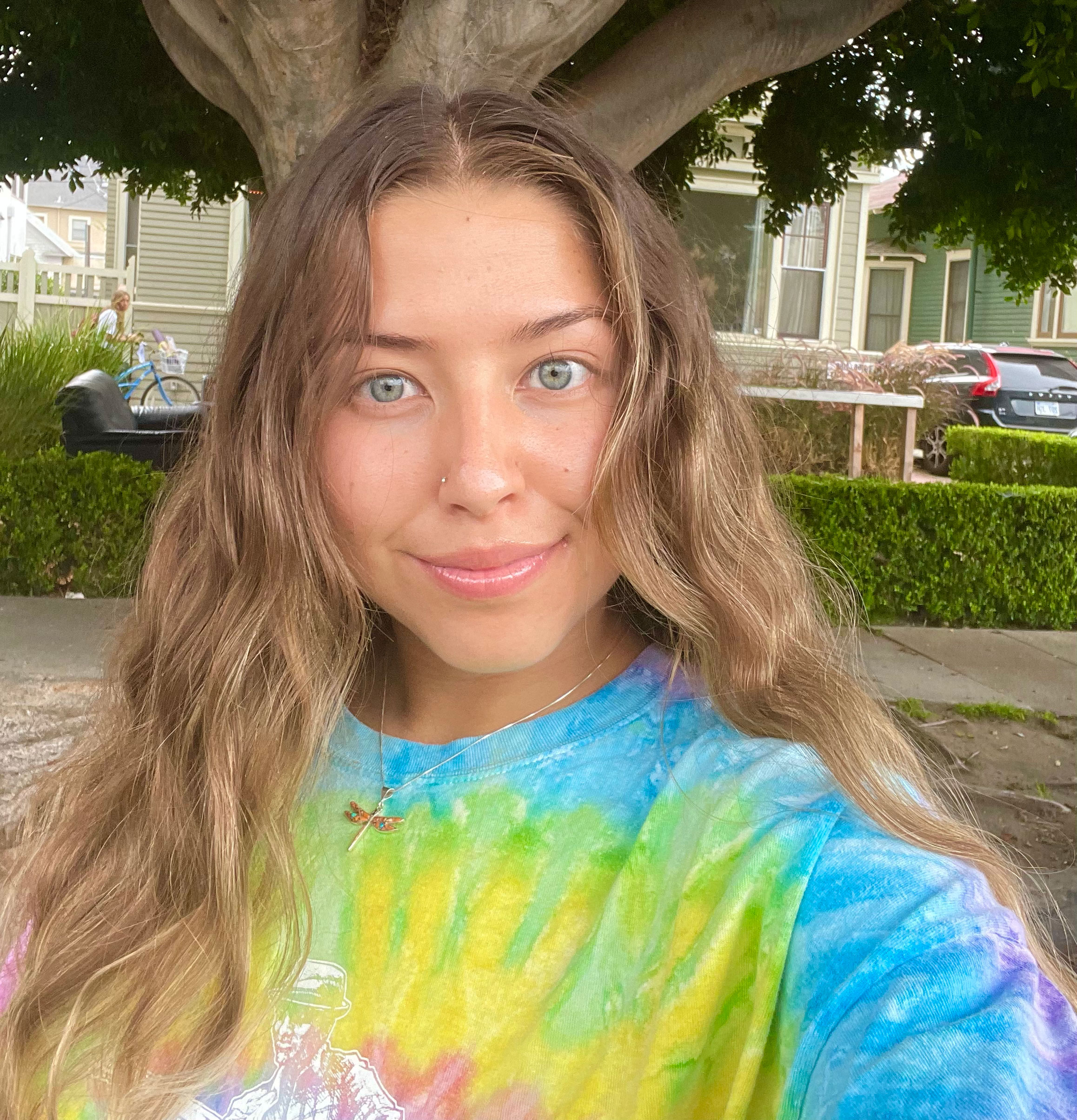 Cheyenne is a Marketing and Communications Intern at Population Media Center. She is studying Environmental Studies at the University of Southern California.