The Unique Impact On Girls: Human Causes of Climate Change 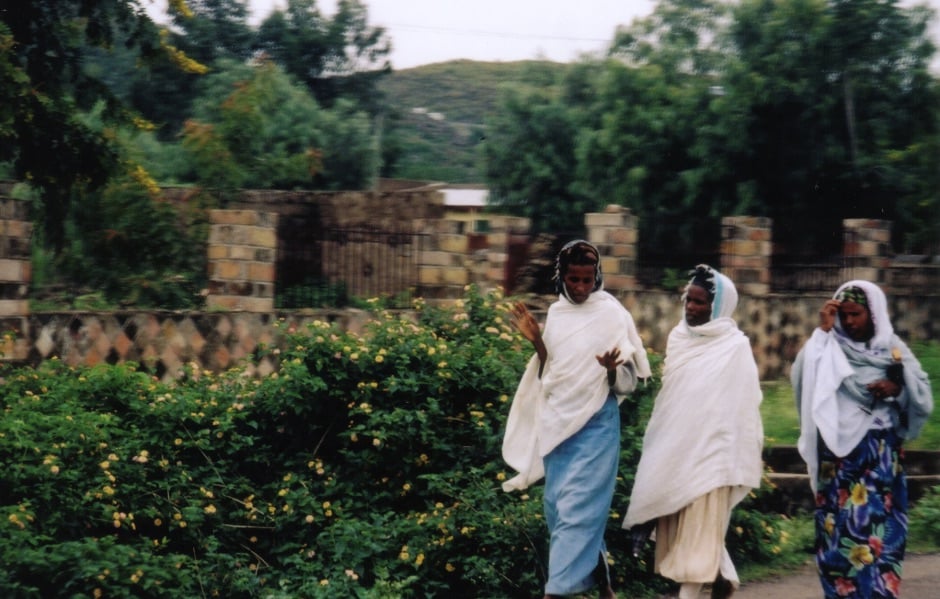 When it comes to climate change, women bear a disproportionate amount of the burden. Natural disasters, heat waves, droughts, sea level rise, environmental degradation, and other human causes of climate change are compounding pre-existing inequality around the world, widening the gap between those with power and assets and those without.

Women and girls are not only more likely to die during natural disasters, but they are also affected by climate change in a variety of insidious ways. For example, not only were 70% of the people who died in the 2004 Indian Ocean tsunami women, but the women who survived were likely hit with a cascade of negative  events even after the storm dissipated. When money and resources are scarce, girls are often the first to forego food and educational opportunities.

Gendered violence also escalates during times of instability, and women and girls living in emergency shelters or refugee camps are at risk of sexual assault and rape. In order to avoid the risk of sexual violence, and as a way to generate much-needed income following climate disasters, some parents marry off their daughters early, which in turn can result in early pregnancy and larger family sizes -- as girls lose agency and independence.

The world is becoming increasingly aware of the ways climate change disproportionately affects women, but we still have a great distance to go until we achieve global gender equality. Here are a few of the ways human causes of climate change uniquely impact women and girls.

In many developing regions, women and girls are in charge of household tasks like gathering drinking water and fire wood. When nearby water sources dry up or become polluted, these women must travel greater distances to find potable water. Not only is this a drain on energy, but it also puts them at greater risk for assault and rape because they are further away from people they know and are therefore more vulnerable.

Aside from the increased health and safety risks, when girls are forced to spend more of their time completing household chores, they often have to skip school and miss out on crucial educational opportunities that could provide economic independence down the road.

Unstable environments created by climate disasters have been shown to escalate violence toward women. Emergency shelters and refugee camps often fail to provide separate areas for men and women, which can create an unsafe environment for women and girls. Large-scale crises can also cause a spike in domestic violence, as we’ve seen during the current pandemic. Climate disasters often increase the stress and tension within households, and if women don’t have the agency or ability to leave, they are effectively trapped.

In regions where women have equal rights to men, there’s a higher chance that they will be able to weather a climate disaster. Unfortunately, many women around the world have fewer rights and less mobility than men. According to a study by the World Bank, 155 out of the 173 economies in the study have at least one law that restricts women’s economic opportunities.

While more than 40% of agricultural workers in the developing world are women, women only own 10-20% of the land. When environmental degradation destroys the natural resources that these women rely on for their livelihood, they have less recourse than they would if they owned the land and could benefit from insurance or subsidies.

Often during natural disasters, women die at much higher rates than men. In addition to the example above about the 2004 Indian Ocean tsunami, 61% of deaths during Cyclone Nargis in 2008 were women, and 91% of deaths during Cyclone Gorky in 1991 were women. In addition to fatalities, 80% of people displaced by climate change around the world are women, according to UN figures.

A variety of factors contribute to these numbers, many of which are rooted in gender norms. For example, girls in many countries may be less likely to have survival skills like swimming and climbing, or they may be more likely to shelter in their homes, which could be more dangerous in some cases.

These numbers and examples are rather discouraging, but there is reason for hope. Women and girls around the world are leading the charge for climate justice, and empowered women and girls have proven to be crucial environmental stewards and caretakers on multiple fronts when it comes to combating the human causes of climate change.

For example, countries with higher proportions of women in their national legislative bodies are more likely to approve environmental agreements and set aside land for protection. When liberated from patriarchy and other forms of oppression, women’s traditional household and community responsibilities actually position them to contribute environmentally sustainable solutions to current realities.

Empowering women with unrestricted access to education and contraception also provides long-term climate benefits. Female education in particular can have an outsized impact on sustainability goals. For example, Project Drawdown rated educating girls at number 6 out of 100 activities that would most contribute to reducing annual emissions. While no one is saying that women and girls should only have education and reproductive rights just because of climate worries—these are basic human rights that women and girls should have no matter what—the climate benefits of helping empower women are real and should be celebrated.