The World's Carrying Capacity Impacts All: Women, Children, and the Poor Suffer Disproportionately 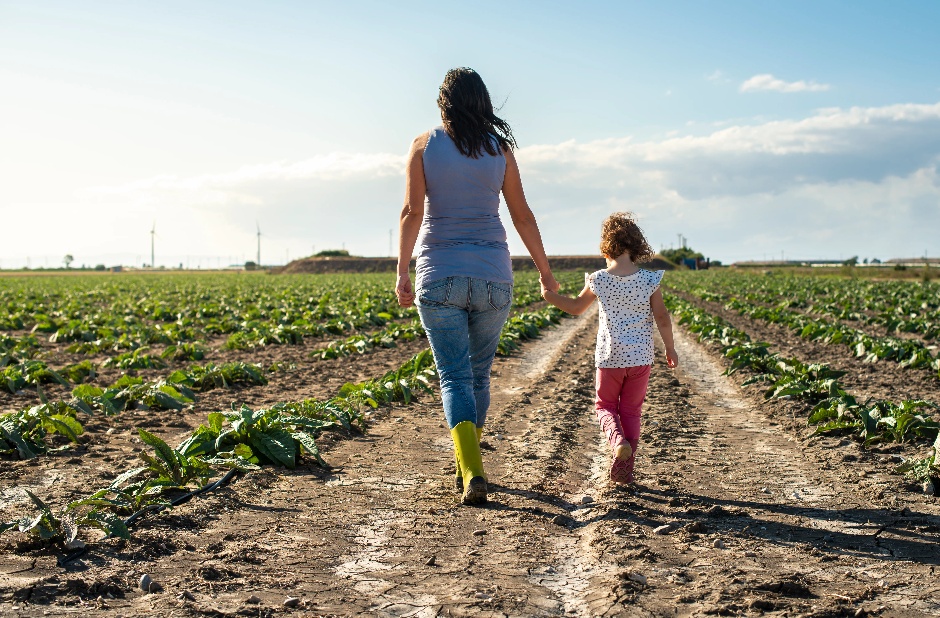 Poverty and unsustainable population growth are a bit of a chicken-and-egg problem.

Both poverty and unsustainable population growth create unequal suffering within communities, impacting some more than others. In particular, the poor suffer. Women, children, and disadvantaged populations are more at risk for poverty. In some locations, race, religion, and ideology also increase the likelihood of poverty.

Here are some ways women and children suffer disproportionately from population growth and its cascading consequences.

Poverty can increase the likelihood of early marriage and loss of educational opportunities, especially for girls. Child marriage sounds horrible, and it is, but some families view the practice as the girl’s best shot at survival.

When parents don’t have the resources to feed all of their children, they might resort to marrying off one (or more) of their daughters to make sure she is provided for. Parents might consider a husband more capable of protecting their daughter if they live in a dangerous place. An early marriage can also decrease the chances of pre-marital sex, which may destroy a girl’s future marriage prospects in some cultures. In some areas, parents are also paid a bride price when they marry off one of their daughters, money which they can then use to support their other children.

A Host of Personal and Global Consequences

Unfortunately, early marriage typically marks the end of a girl’s education and strips her of her right to self-determination. Girls who marry before adulthood are more at risk of domestic violence and often do not have the agency to make decisions about their bodies and life. Additionally, they are more likely to be viewed as “property” because they were purchased. The discrepancy in life experience between a girl child and a man who may be 30, 40, or older, only exacerbates the inequality in their marriage.

Alternatively, empowered women who marry when they choose and to whom they choose are more likely to make choices within their marriages—this dynamic is inherently more equal. One of the outcomes of this equality is that they often take advantage of family planning methods to control the timing and spacing of their children. In turn, this leads to smaller families and a decrease in population growth rates.

Research shows that women who receive higher levels of education are more likely to have fewer children, which is beneficial for both their individual health, the health of the children, and the financial well-being and health of society as a whole. According to demographers, if every nation achieved 100% enrollment in primary and secondary schools, there would be an estimated 843 million fewer people on the planet by 2050.

A Decline in Jobs and Earnings

When girls have to forego an education to take care of their children, their future job prospects and earning potential also sharply decline. According to the World Bank, women who complete secondary school education will earn nearly twice as much as women without any education.

An Uptick in Poverty Rates

Back to the chicken and the egg, high fertility rates can perpetuate the cycle of poverty. Large, poor families often have trouble meeting basic needs like food, shelter, water, and education. An increasing number of children are being born in places where adults have to devote most of their resources to survival. When basic needs are not being met, it’s much more difficult to work toward education, gender equality, and environmental sustainability.

Poor people and countries are disproportionately impacted by climate change.

Unsustainable population growth is one major contributor to climate change and ecological degradation. The more people exist on the planet, the greater the strain will become on Earth’s resources. People around the world will continue to raze forests so they can plant more crops to feed a growing population, and carbon emissions will exponentially increase along with the population growth curve.

A Struggle for Resources

Although wealthy nations contribute the most to climate change, poor nations, families, and individuals will suffer the consequences to a greater extent. Climate change will deepen existing inequalities, with wealthy individuals and nations wielding their resources to avoid the worst impacts. Meanwhile, the poor struggle to secure food and clean drinking water. They are left to fend for themselves against worsening climate disasters that further destroy their shelters, food and water supplies, and communities.

An Increase in Disease

Population growth rates are also contributing to the rise in disease outbreak activity, as habitats are destroyed and humans and wildlife come into more frequent contact. As we’ve seen during the COVID-19 pandemic, the poor often suffer disproportionately during global health disasters.

Lifting people around the world out of poverty and working to flatten the population growth curve are symbiotic goals that will help to create a more sustainable world with equal rights for all.

Discover how PMC tackles the root causes of inequality and environmental destruction.

It’s clear that inequality, population growth rates, and environmental degradation are all interrelated and have shared root causes.

At Population Media Center (PMC), we create entertainment that results in measurable behavior change in audiences around the world. Listeners are more likely to use family planning methods, advocate for themselves and for the planet, and work toward gender equity.

Discover how PMC is taking action against overpopulation today!