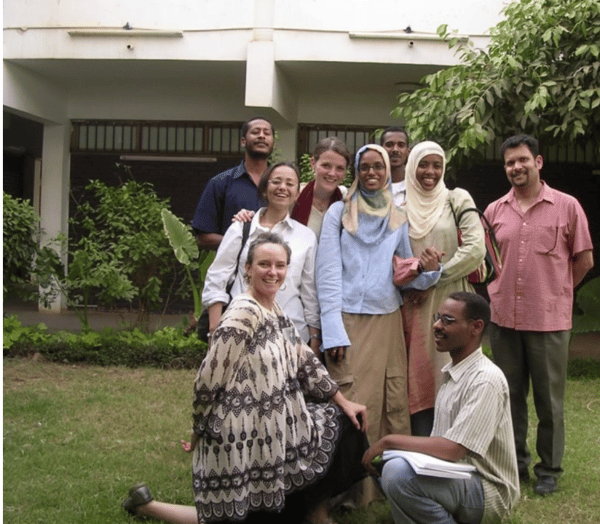 Humanity is facing a dizzying number of challenges around the globe, ranging from climate change and an influx of refugees to food insecurity, water scarcity, and infectious diseases. For individuals who want to make a difference, it can be difficult to determine how—and where—one can make the biggest impact.

A growing number of people in the developed world have come to see volunteer tourism, or “voluntourism,” as an effective way to do good in developing regions. It seems like a win-win for people who love to travel: the chance to do good deeds while experiencing a new country. Unfortunately, voluntourism has been shown to be incredibly problematic.

Here, we explore why voluntourism often hurts the very people it promises to help, and we explain why Population Media Center (PMC) decided to take a much different path toward a sustainable future with equal rights for all.

The Basics of Voluntourism

Voluntourism is a type of tourism in which travelers do volunteer work, usually for a charitable organization. The type of work varies depending on the location and the charity, but typically voluntourists are enlisted to do conservation and environmental work, provide childcare in local orphanages, teach English, or do construction projects, such as digging wells and building homes and schools.

At first glance, voluntourism seems like an ideal way for a tourist to blend her love of travel with her compassion for others, making a real difference within a developing community. That perception has caught on in a big way: In the last few decades, voluntourism has become a booming industry, with more than 1.6 million volunteer travelers spending around $2 billion each year on voluntourism vacations.

Unfortunately, these well-meaning tourists would likely be surprised to learn that voluntourism often does more harm than good. In these types of initiatives, there is ample opportunity for unintended consequences when foriegn visitors with minimal understanding of local cultures descend upon any community.

Voluntourism can have several negative effects on local culture, including the following:

One of the more popular versions of voluntourism involves travelers donating their time to orphanages in developing nations. On the surface, it sounds like a wonderful cause, but in reality, some voluntourism programs involving orphanages are actively enabling the exploitation of children. It’s a practice that Australia defined as modern-day slavery before banning voluntourism in orphanages in 2018.

A devastating example comes from Haiti, where parents were encouraged (and in some cases even paid) to send their children to live at orphanages, with the promise that they would receive better education and health care than they ever would at home. These institutions used the children’s stories and images to market voluntourism programs, attracting tourist dollars and donated funds from wealthy nations. Meanwhile, the children were beaten, underfed, and forced to do heavy labor.

The problem isn’t unique to Haiti. In Indonesia, hundreds of orphanages were opened after the 2004 tsunami to house newly parentless children. However, as The Guardian reports, “after the crisis [was] over, donations [kept] arriving, so the institution stay[ed] open.” Research by Catholic Relief Services, Lumos and Maestral International determined that an astonishing 80-90% of children in orphanages are not in fact orphans; in many cases, their family took them to an orphanage to get an education.

Even in well-run orphanages, children can experience significant trauma in the form of arrested development, separation anxiety, and so forth. The ill effects of institutionalization are even more severe in poorly run or abusive orphanages. By supporting this type of voluntourism, Westerners are fueling a cycle that can harm children for life.

In many cases, volunteers are not skilled or experienced in the tasks that they are tackling during their trips. This is a common challenge at homebuilding sites, where volunteers, who have little or no experience with building houses, are more likely to make mistakes, resulting in work that is of poor quality and might need to be redone. This winds up costing the community more time, energy and resources.

Damage to the local economy

In some areas that wouldn’t typically attract tourists, voluntourism can bring a much-needed influx of cash. However, many times foreign visitors can put a strain on the local economy as communities struggle to provide adequate food and accommodations, using resources that should, arguably, go toward the local community itself.

Meanwhile, inexperienced volunteers may be taking valuable job opportunities from local laborers. Imagine the frustration of a local who is struggling to find work while seeing wealthy Westerners visit for a week or two and provide work for free.

Since it first emerged as a trendy way to “do good” in the 1990s, voluntourism reached a fever pitch 10 or so years ago. Today, however, a growing number of Westerners are recognizing the inherent problems associated with voluntourism and looking for more effective ways to make an impact.

Meanwhile, a few individual nations have taken a stand against voluntourism in response to damaging incidents and practices. In addition to Australia’s prohibition of orphanage volunteering by foreigners, Indonesia has outlawed most volunteer activities for foreigners. Any Westerner considering volunteering abroad should carefully research the laws regarding voluntourism in their destination country.

Fortunately, volunteering in foreign countries is not the only way to benefit communities that need your help. There are significantly more effective, less harmful methods available. Consider our approach at PMC. We are dedicated to using visual and narrative storytelling, which can be an extremely powerful way to effect measurable change.

We produce evidence-based educational television and radio entertainment to help move the world toward a more sustainable future. Our mission is to create engaging, entertaining content that also addresses deeply embedded personal and social issues, including reproductive health, girls’ education, and environmental sustainability. Our shows encourage the audience to consider these and other issues from new perspectives. Because our shows impact both social norms and individual behavior, we can drive sustained, dramatic change.

In contrast to voluntourism initiatives, PMC’s approach involves deep, lasting investment of time and resources into developing nations. Our success is built on partnerships with the communities in which we broadcast our TV and radio programs.

When we set out to develop a new show for a particular country, we begin researching that country and making local connections. We let the communities in which we work be our guides and teachers, and we share our resources and experience in creating good stories for positive behavior change with them. The result is a peer-to-peer relationship rather than an asymmetrical one.

Our research involves visiting the country to gain a deep understanding of the people, as well as the customs, habits, fears and dreams of the future audience. We also learn about the governments, institutions, and other mission-driven organizations in the area. These research trips last several weeks, with our expert program development team meeting with dozens of local stakeholders and topical experts.

Then, we recruit top local talent (all of whom are in-country nationals) to manage the overall project, handle production of the shows, and serve as scriptwriters and actors. This is a critical part of our work, since our shows must resonate with local audiences in order to be successful, both in terms of entertainment and relevance and in terms of contributing to lasting change.

What makes our approach different?

Admittedly, voluntourism and international development do share some of the same potential fallibilities. Both can be prone to neo-colonialism and unfavorable privilege dynamics. However, while voluntourism typically amounts to rich Westerners “helicoptering in” for a short amount of time and perpetuating imbalanced power dynamics, PMC invests deeply in every country in which we work.

To the best of our ability, we keep our country partnerships going as long as possible. For example, we’ve been working with Ethiopians since 2002, and we’ve partnered with Nigerians for over a decade.

Perhaps best of all, the communities in which we work benefit both throughout production of the show and well into the future. Even after a show has ended, the locals who worked on it have gained invaluable knowledge and experience in impactful fields that include media production, marketing and public relations.

As you consider how to make a positive impact in the world, be sure to look for programs and initiatives that address the root causes of an issue, rather than serving as a temporary fix. Do some research, and if you consider volunteering with or donating to an organization, verify that it does work that has a measurable impact and delivers evidence-driven solutions.

Everyone should strive to personally do good in the world. At first glance, there is nothing wrong with wanting to travel and volunteer in a foreign country. Voluntourism truly seems like a win-win situation. But the world is endlessly complex, and what may seem like an empowering, impactful program may be harmful to the very community you’re trying to help.

Learn how Agashi helped Burundians become part of the solution.