What Does Childfree Mean? 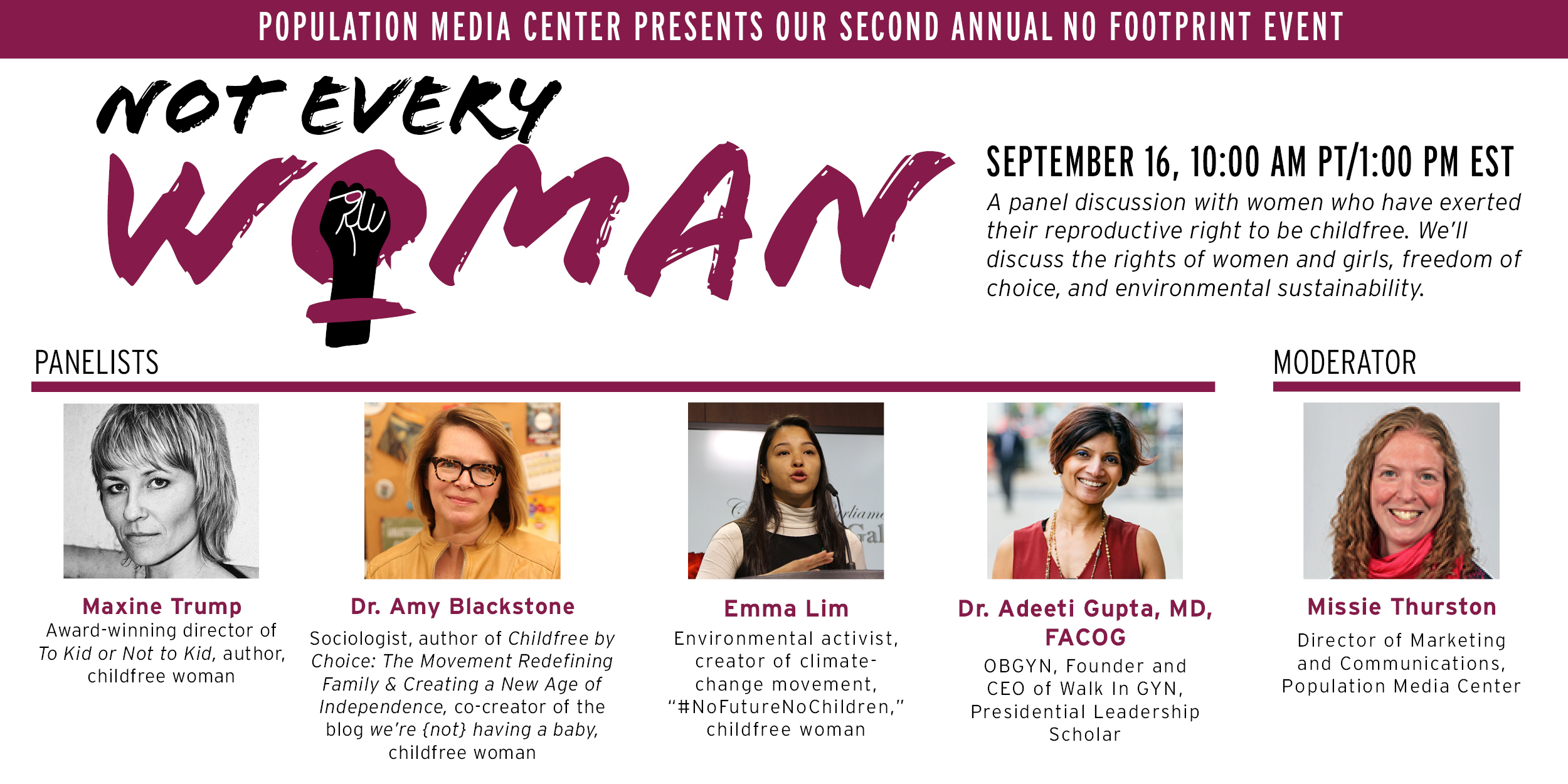 The International Conference on Population and Development’s “Programme of Action” was written and adopted in 1994. It begins with a set of fifteen principles. Principle 8 says, in part, “All couples and individuals have the basic right to decide freely and responsibly the number and spacing of their children and to have the information, education and means to do so.”

These days, it seems more and more couples and individuals are deciding that the number zero is the right number for them. When an adult consciously chooses to have zero children, it is often called being “Childfree.” By definition, this is different from “childless” individuals (i.e. those who would have liked to have children, but could not for any number of reasons). Obviously, the childfree are also distinct from parents who have had children and “not-yet-parents” who plan to have children eventually.

There are probably as many varied reasons for choosing to be childfree as there are people who have made the choice. But in every case such a decision is generally at odds with the dominant civilizational norm of pro-natalism. At its most basic level, pro-natalism is a deep-seated belief, held nearly ubiquitously around the world, that child-bearing and parenthood are key arbiters of a successful human lifetime. Just looking at the United States, for example, it is clear that child-bearing and parenthood have been privileged by our sociocultural discourses and institutions for a long time.

As we think about ideas around choosing the number of children to have, it is important not to make the mistake of measuring people’s identities or intrinsic worth primarily in terms of their childbearing decisions. This holds true across the whole spectrum of possibilities: If someone chooses to be childfree, or if someone chooses to responsibly have a larger family with many children, or if a couple voluntarily chooses to have 1 fewer children than they might otherwise have had because they want to contribute to a future state of global sustainability. As complex and beautiful human beings, we are much larger than the outcomes of our reproductive careers. If one truly buys into the spirit of the ICPD’s Principle 8, then the choice to be childfree should not really be an issue — yet many, whether consciously or unconsciously, stigmatize the childfree choice. In the same light, individuals who responsibly have a large family should not be personally condemned or stigmatized either.

This latter point may sound surprising coming from a mission driven organization working to stabilize global population at a level at which people can live sustainably with the world’s renewable resources. But, the historical record is clear: most women, on average, choose to have two children or less upon attaining true reproductive freedom. Smaller family-size outcomes are not the primary end-goals of working for reproductive freedom – reproductive freedom is. The law of averages will lead meta-trends in family size lower, and ultimately to sub-replacement level fertility. Ensuring the ideas in the ICPD’s Principle 8 become a universal reality is the goal of Population Media Center. That said, it is true that there is already empirical evidence that small family size has a long lasting benefit for children’s health at the population level.

The whole idea of being childfree is attracting more and more attention. This includes academic greater attention as well. Recently, a team of researchers decided to take a granular look at a group of adults from the state of Michigan. They found that a quarter of Michigan adults identified as childfree. After controlling for demographic characteristics, they found no differences in life satisfaction between childfree individuals and parents, not-yet-parents, or childless individuals.

If you would like to learn more about the childfree perspective, Population Media Center will be presenting the Not Every Woman virtual panel discussion on Thursday, September 16, 2021. The panel will be held via Zoom at 10 a.m. PT/1 p.m. ET. Immediately following the panel, Giving Circles members are invited to join our panelists for a VIP Meet & Greet!

Registration information is available at PopulationMedia.org/noteverywoman