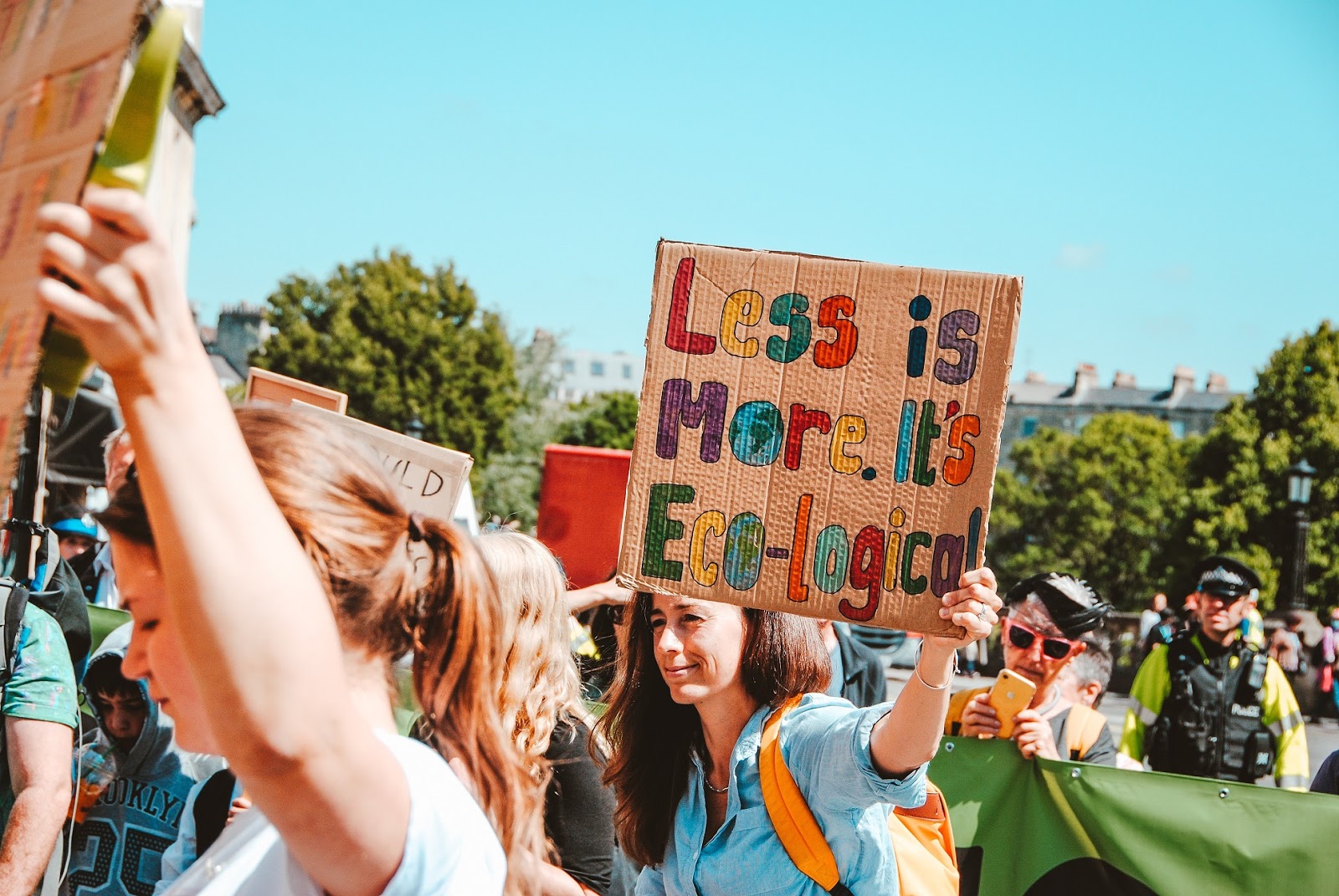 For people who are concerned about the health of our planet, the concept of an “ecological footprint” is important. It not only enables us to understand our personal impact on the Earth, but it also gives us a better sense of the ecological impact of cities, nations, and the global human community.

What Is an Ecological Footprint?

The ecological footprint measures both the supply of natural resources and humanity’s demand on nature. In other words:

How Are Ecological Footprint and Population Growth Related?

Understanding the concept of ecological footprints helps to demonstrate why population is such a vital component of sustainability.

William Rees is the originator and co-developer of ecological footprint analysis. By creating a quantitative tool for understanding the supply of and demand on natural resources, Rees clearly demonstrated that humanity cannot continue consuming more than the Earth can produce. And as population growth escalates, this supply-and-demand problem only intensifies.

In terms of ecological footprints, you might say that any city, state, or nation is “overpopulated” if it consumes more than it produces. GFN calls this an ecological deficit, “when the ecological footprint of a population exceeds the biocapacity (or productivity) of the area available to that population.” When this occurs, the city, state, or nation must account for that deficit somehow. This might involve importing natural resources, such as plant-based food, livestock and fish products, and forest products, or this might even include selling off its own ecological assets. An ecological deficit can also mean that a population cannot absorb its own waste, particularly carbon emissions, so these are emitted into the atmosphere.

This is not a good position for any population. Ecological deficits on a national level are often seen as national-level overpopulation. Today, 136 nations have a biological footprint that exceeds their biocapacity, according to GFN.

This isn’t only a problem for those 136 countries, though. Humanity as a whole is in an ecological deficit. We are demanding more of the Earth than it can supply, and as our global population grows, demand will continue to outpace supply.

The size of our global population, currently around 7.8 billion, directly contributes to how large of an impact people have on the Earth. As an example, consider the fact that global food production contributes nearly one-third of all greenhouse gas emissions. Every person added to the planet has to eat, which incrementally increases global food production and, as a result, increases the amount of greenhouse gasses that enter the atmosphere.

We applaud that population growth is slowing in some areas of the world, including Japan and parts of Europe, but it is rising rapidly elsewhere. It’s rightfully pointed out that much of the population growth in the 21st century is expected to happen in nations that currently have relatively small ecological footprints per person. Sub-Saharan Africa is forecast to experience the most population growth, adding more than 42 million people per year by the year 2050, according to the United Nations.

But population growth isn’t the only factor at play here. Today, at least one-third of people worldwide are in desperate need of more material resources in order to rise above the poverty line and achieve basic standards of nutrition, housing, and sanitation. In the face of severe wealth inequality around the world, progressively-minded, environmentally-concerned people should fully support the economic advancement of the one-third of humanity who truly need it.

However, this means that the ecological footprint of individuals will significantly increase in areas like sub-Saharan Africa, while the population also rapidly expands. The combination of growing population and rising consumption will put an exponentially increased amount of pressure on our planet. The Earth is already approaching the breaking point, thanks primarily to more than 100 years of industrialized overconsumption and reckless waste in economically-advanced nations.

To move toward a more sustainable planet, humanity needs to embrace some significant behavioral changes. On a global scale, we need to shrink our ecological footprint.

We must vastly reduce the total resources that we extract, produce, and consume. Then, we must fundamentally restructure our relationship with natural resources to enable social justice worldwide—for example, by enabling people living in poverty in sub-Saharan Africa to enjoy basic standards of nutrition, housing, and sanitation.

To achieve sustainability, the supply and demand pieces of our ecological footprint must align. That requires stable and prosperous human populations that can be fully supported by local and regional renewable resources. In addition, the populations must have a total ecological footprint that leaves room for non-human life—all forms of flora and fauna—to flourish and prosper.

To work toward the goal of stabilizing human populations, Population Media Center (PMC) creates educational media that addresses population growth, its impact on the environment, and women’s rights. We see examples of real people who are impacted by these efforts all the time. One inspiring story comes from a couple in Burkina Faso who were fans of a popular radio program Yam Yankré (“The Choice).

The couple already had six children whom they were struggling to support. The husband, François, explained that he and his wife never knew that there were ways to avoid pregnancy. But listening to Yam Yankré taught them about various birth control options, thanks to a transitional character who did not want to have any more children. François said if it weren’t for the radio program, he and his wife would most likely already have a seventh child.

Programs like Yam Yankré address important topics, such as family planning, in entertaining, relatable ways. By demonstrating to listeners like François that it is possible to limit family size, PMC can directly impact individual families while also helping to move toward a more stable global population. In fact, we found that listeners of Yam Yankré were 1.8 times more likely than non-listeners to limit their family size by using modern contraceptive measures. This type of behavioral change is key to reducing humanity’s ecological footprint.

The coronavirus pandemic, which spread around the globe in spring of 2020, forced drastic behavior change in the global community. While the virus caused untold pain and suffering, it also curbed consumption and emissions in ways not thought possible only weeks before.

Pollution levels in some major cities dropped by 50% or more. Venice’s canals became clearer than they have been in recent memory. Flocks of wild sheep, rare birds, and other animals returned to city parks and rural roads. In northern India, residents reported they could see the Himalayas, which are 200 kilometers away, for the first time in three decades.

However, it will take more than the coronavirus crisis to change the future of our world. In this case, people’s behavior change was not a result of a change in attitude, and therefore we expect that these behaviors will be temporary. It will take fundamental shifts in beliefs and goals to shrink our ecological footprint on an individual, national, and global level long-term. And we must continue to work toward a stabilized population that is less demanding of our already impoverished planet.

To learn more about ways you can help, contact PMC.