Acknowledging the Link Between Wildlife Trafficking and Pandemics

In a few short months, the entire world has yielded to an unprecedented public health crisis, bringing us to our knees, as COVID-19 wreaks havoc over millions of people around the world. Experts acknowledge the uniqueness of the circumstance but also recognize the reminder that zoonotic diseases, passing from animals to humans, kill millions of people every year. We’ve seen viruses like this before and we will likely see them again –  unless we address systemic causes from human behaviors like habitat destruction and wildlife trafficking.

According to the National Institutes of Health, 60% of global infectious disease deaths and 75% of emerging infectious diseases are zoonoses transmitted from animal species to humans. This includes well known viruses like Malaria, HIV, Zika, Ebola, Lyme disease, and now COVID-19, which has been suspected to originate from wildlife trade in Wuhan wet markets. Since humans have no immunity to new animal diseases, the impact can be devastating. Zoonoses can be transmitted by insect bites, handling of sick animals, consumption of raw or undercooked animal meat, contaminated water, or even by touching products that have carried the pathogens forward. Human behaviors like these stem from global wildlife trade and habitat destruction that ultimately break down human-animal boundaries that could otherwise protect us from these foreign viruses.

COVID-19 has sounded the warning bell again – to prevent future zoonotic pandemics, people have to stop illegal wildlife trade and habitat destruction. Previous efforts have focused on the threat to species, biodiversity loss, and other sustainability concerns – but COVID-19 is a reminder that these diseases pose a threat to the human species as well. Every country in the world has a duty to call for concerted global efforts to crack down on the trade and consumption of wildlife and increase habitat conservation in order to keep ecosystems intact. Much work is needed to change the behavior for the supply and demand of the multi-billion dollar wildlife trade business.

Stopping the problem of wildlife trafficking is a global responsibility and each country and its citizens has a role to play. For example, coronavirus has brought to light the wildlife trade industry in China as being a multi-billion dollar revenue generator because animals are used medicinally, for exotic meats, and more. A lesser-known fact is that a significant portion of the world’s trade in illegal wildlife is either driven by U.S. consumers or passes through U.S. ports to other destinations. Further, the recently released Netflix series, Tiger King, that has taken socially isolated viewers by storm, has highlighted a violent exotic animal industry that starts with the illegal trafficking of endangered big cats. While American’s face some form of self-isolation, lockdown, or quarantine, they’re watching and learning  about the horrid conditions faced by animals in captivity, so called “big cat rescues,” right here in the U.S. Amongst the many eye-opening facts revealed in the docuseries, we learn there are more tigers living in American backyards than in the wild. A gruesome reality that this is a global challenge requiring
individual behavior change in every corner of the world.

It is time for humans to reexamine their relations with nature. We have the responsibility to respect and keep safe the environment that nurtures us – and to live harmoniously with the animals around us. We have to take immediate action to terminate illegal global wildlife trade, saving the precious wildlife species, as well as ourselves. This is why PMC has been producing content to prevent the consumption of bushmeat, destruction of habitat and biodiversity loss, and connecting the dots around zoonotic diseases and their spread. There are many organizations that address immediate relief efforts and the more ethical treatment of animals, but not many organizations are tackling the social and cultural norms that facilitate the continuation of these ongoing problems. To truly change behavior, we also need to provide accurate information and resources to those involved in the supply and demand sides of this wildlife trafficking industry in order to create sustained change.

When we acknowledge the link between wildlife trafficking and pandemics we recognize the role human behavior and social norms play in the process, giving us a chance to address more  sustainable change. When you support PMC, you are funding a deeper understanding of the driving forces behind issues like wildlife trafficking and habitat loss, systemic issues, human behaviors that can cause pandemics like we’re facing today. PMC uncovers the norms preventing progress and then meets folks where they are to present solutions, services and resources supported by reputable community partners. PMC has a unique skill of creating entertaining stories that depict  practical pathways for people to understand the consequences of dangerous interactions with wildlife – actions that have been known to cause zoonotic diseases in the past. Surface level changes are simply not enough to create the systemic changes needed. If we work together to empower people to make more informed decisions for themselves, their families, and communities while having a better understanding of how these very personal decisions connect to the health of the planet we inhabit – we can prevent the next major zoonotic crisis from arising. 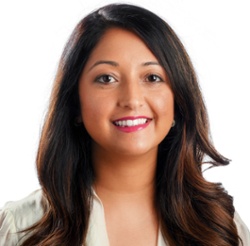